First, we told you about the carnivore diet. Then the Pegan diet. And now there’s a new eating plan making waves at the gym, especially with bodybuilders, athletes and CrossFitters (Hafþór Björnsson, aka “The Mountain” from Game of Thrones is a fan). Here’s what you need to know about the vertical diet.

What is the vertical diet?

“The vertical diet is a performance-based nutritional framework that starts with a solid foundation of highly bioavailable micronutrients which supports a structure of easily digestible macronutrients that can be adjusted specifically to meet your body’s demands,” says the diet’s founder, bodybuilder Stan Efferding.

Yeah, we were confused, too. But basically, the diet is about eating a limited number of nutrient-dense and easily-digestible foods in order to get stronger and maximize your workouts. While the diet does talk about macronutrients (proteins, carbohydrates and fats), the focus is more on micronutrients (that’s vitamins, minerals and antioxidants).

And why is it known as the vertical diet?

Picture an upside-down T. On the bottom (the foundation), you have your micronutrients. This includes milk (for those who can tolerate it), vegetables like spinach and carrots, eggs, salmon and potatoes. But the thing to note with these foods is that they’re not included in the diet to build calories—rather, they’re meant to be eaten in small amounts for their nutrient content. Instead, the main source of calories comes from the vertical part of the T-shape—specifically red meat (preferably steak but also lamb, bison and venison) and white rice. You’re meant to increase the amount of rice (“going vertical”) as the days go on.

So, I can eat all the meat that I want?

Not exactly. It’s not about “massive amounts,” says Efferding, but “satisfying your protein requirements using steak instead of chicken and fish,” which he argues are not as nutrient dense. Also not on the menu: wheat, brown rice, beans and high raffinose (gas-causing) vegetables like cauliflower and asparagus.

Is the diet healthy?

The diet is based on whole, nutrient-rich foods and doesn’t eliminate any major food groups. Efferding also claims that it is not “a restriction or starvation diet,” which is always a good thing in our book. But the details of the diet are a little unclear (meaning you have to purchase a $100 program to find out exactly what’s on the menu), and according to Kristin Kirkpatrick, RD, and Lose It! advisor, the diet is far too limited. “The vertical diet does seem to contain high protein and vegetables, but it’s highly restrictive for foods that are nutrient-dense and a great source of fiber, like brown rice, beans, and cruciferous vegetables like broccoli,” she says. Another con? Although the plan can be customized for intermittent fasting and Paleo diet followers, it’s definitely not vegetarian or vegan-friendly. Our take: Give the vertical diet a miss and stick to a diet that works like the Mediterranean Diet or an anti-inflammatory eating plan instead. Hey, life’s too short not to have a glass of wine and some chocolate, right?

RELATED: 7 Things That Might Happen If You Try an Anti-Inflammatory Diet

Eating Meat on a Sustainable Diet: Tips and More

Sun Jun 20 , 2021
If you’re concerned about the environment, you may wonder whether to continue eating meat. Food production has environmental impacts because it uses water and land. Therefore, eating foods that are made with fewer resources (and don’t significantly contribute to greenhouse gas emissions) is often said to be better for the […] 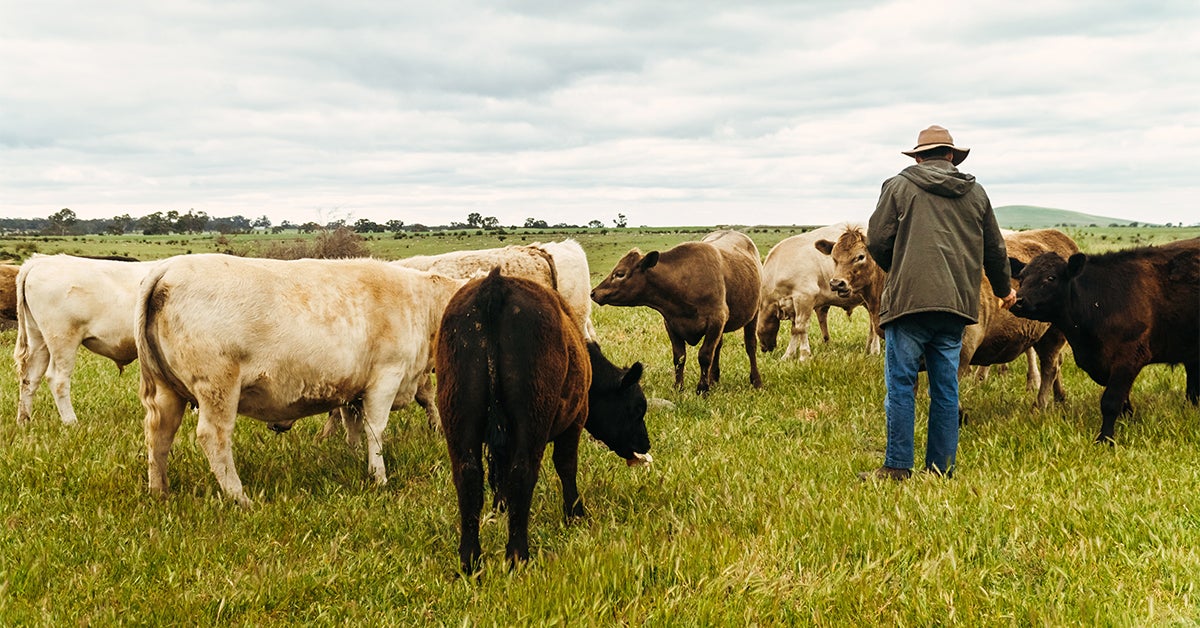