Trace America’s booming vegan food market back to its roots, and we land in 1837 Portland, when a hurled rock altered the course of American cuisine.

One afternoon, an angry Bracket Street School student threw a rock that struck a 9-year-old classmate’s face, sending the girl into a coma from which few expected her to recover. No one in 1837 suspected the unfortunate event would lead to the establishment of America’s earliest vegetarian food companies or to today’s proliferation of vegan meats. But it did, since the 9-year-old Maine native survived and grew to be the internationally regarded Christian leader Ellen Gould Harmon White, whose profound and lasting influence on vegetarian food in the United States continues today.

White awoke from the coma to a changed life marked by physical disfigurement, illness and hardship. However, the head injury would transform White into a prophet, create the Seventh-day Adventist church and invent the market for commercial vegetarian foods in the United States.

White experienced her first prophetic vision in 1844 while attending a prayer meeting at 60 Ocean St. in South Portland. Soon, other deeply religious people were accepting her visions as messages from God. In 1846, she married Maine preacher James Springer White, from Palmyra, and they began spreading the message of her visions across the expanding nation, eventually founding the church. Today, it has 21 million members and operates an international network of universities and medical facilities.

Although White grew up in Portland during an era when vegetarian ideas were in vogue locally, she was fond of animal-based meat and consumed a typical American diet. But while praying at sunset with a dozen people in Otsego, Michigan, in 1863, White experienced a vision that revealed to her vegetarian food as the ideal nourishment for human health. She struggled to align herself with this message, only fully embracing it some 20 years later in 1894.

White’s vision made vegetarian food, and later vegan food, the ideal for church members but not a requirement. Even so, Adventist leaders estimate half of the current membership follows a plant-based diet to achieve better health and therefore greater service to God.

By 1865, and the end of the Civil War, White had collected essays from other well-known health reformers and published “Health, Or How to Live,” containing vegetarian recipes. The publication, according to historian Ronald L. Number’s 1976 White biography “Prophetess of Health,” led to the church selling “large quantities” of vegetarian health reform books and “tons” of pans to bake Graham bread, a vegetarian staple we now know as whole wheat bread.

“White was the most prolific American woman author of the 19th century,” historian Terrie Aamodt told me by phone. Aamodt is a Walla Walla University professor who coordinated a 2009 academic conference about White at the Regency Hotel in Portland. “She was a force in unconventional ways outside the usual structures of institutional organizations.”

White and the Adventist church opened a vegetarian water cure facility in Battle Creek, Michigan, in 1866, and in 1875, White approved the fateful decision to hire her and her husband’s protégé, Dr. John Harvey Kellogg, who took charge of what would become the famous Battle Creek Sanitarium. Kellogg, along with his wife, Ella Kellogg, and brother, William Keith Kellogg, would turn vegetarian food into an American success story.

The commercialization of vegetarian foods began in 1877 when Kellogg founded the Battle Creek Sanitarium Health Food Company, followed in 1899 by the Sanitas Nut Food Company. Both sold their plant-based products wholesale and direct to customers through mail-order catalogs. The companies’ flagship products included brand new foods known as breakfast cereals and peanut butter, along with a selection of plant-based meats.

In June 1898, a Battle Creek Sanitarium nurse named Miss Davis visited Portland to demonstrate the vegetarian foods “of that well known institution.” Her demonstration took place at the Shaw’s Health Food store, one of the first stores of what is now the Shaw’s supermarket chain. The only record of her visit I’ve discovered is an advertisement placed by the Congress Street store in the Portland Daily Press, a predecessor of the Portland Press Herald.

On March 14, 1899, the Post company purchased an ad in the Portland Daily Press claiming “Meat Eaters and Vegetarians Like Grape-Nuts.” In 1903, Ellsworth grocer J.A. Haynes advertised in the Ellsworth American that customers would receive a free box of Post Toasties with every purchase of Grape-Nuts.

Beginning in 1901, the Battle Creek Sanitarium ran regular, eye-catching advertisements for its granola, toasted wheat flakes and corn flakes in the Bangor Daily News. The June 8, 1901, advertisement appeared with the headline: “One Pound of GRANOLA gives all the nutriment of three pounds of choice beef.” On June 25, 1906, a Bangor department store advertised a week of demonstrations and giveaways of Toasted Corn Flakes, which it described as the “most delicious food known.”

That was the same year W.K. Kellogg founded the Battle Creek Toasted Corn Flake Company, soon renamed the Kellogg Company. Today, the publicly company is still based in Battle Creek and is the largest cereal brand in the world.

A 2018 academic paper published by MDPI (which publishes open access journals),“The Global Influence of the Seventh-Day Adventist Church on Diet,” documents how church members established roughly 100 breakfast cereal companies, many of which later merged, and succeeded in altering the formerly animal-based menu of America’s morning meal.

“The eating habits of the American public were transformed by flaking wheat, breakfast became boxed cereal a la Kellogg, as opposed to a breakfast heavy on eggs and meat,” Jim E. Banta, director of the Loma Linda University School of Public Health, and his co-authors of that paper wrote. This detail from the Healthful Living catalog, produced by the Battle Creek Food Company in 1927, includes a sample menu featuring the plant-based meat Protose, which was developed by White protégé Dr. John Harvey Kellogg in 1899. Courtesy of the University of Michigan

THE RISE OF PLANT-BASED MEAT

According to Karen and Michael Iacobbo’s “Vegetarian America,” Kellogg developed roughly 100 vegetarian health food products at the Sanitarium between 1895 and 1905. One was Nuttose, the first commercially available plant-based meat in America. It was followed by the more successful Protose, a plant-based meat Kellogg created using peanuts, and which by 1901 was being served at a vegetarian restaurant in New York City.

By the turn of the century, the Battle Creek Sanitarium menu featured the plant-based meats Nuttose, Protose, Nuttola and Nutta along with the nut-based meat spread Nuttolene. This menu is preserved in the New York Public Library’s online menu archive. The year before, the Battle Creek Sanitarium Health Food Company opened a vegetarian health food store in Chicago, according to the 1,344-page reference book cataloging the Adventist church’s involvement in vegetarian foods, written by cookbook authors and food historians William Shurtleff and Akiko Aoyagi.

Yet relations between White and Kellogg were fraying. In 1907, the church broke with the Kelloggs, who continued to manufacture vegetarian foods and run the sanitarium. White, meanwhile, had shifted her focus to the West Coast after the death of her husband in 1881.

Around the time she parted ways with Kellogg, White had a vision of a sanitarium on “a green hill, from the summit of which one could view rolling fields dotted with brilliant flowers,” according to a report published Feb. 7, 1932, in the Portland Sunday Telegram. Once church members felt they’d located the site she’d envisioned, they constructed the Loma Linda Sanitarium and medical school, which today is the Loma Linda University, Medical Center and Medical School.

Equally significant, but much less documented, is the impact that small Adventist-owned vegetarian and vegan restaurants and food businesses have had on their local communities. For the past nine years, Debbie Dickinson Cox, who directs health ministries for the New York Conference of Seventh-day Adventists, has tracked Adventist-affiliated restaurants. She has 33 on her list, more restaurants than when she started tracking them, Cox said, despite COVID-related closures. Most of the businesses are in the U.S., with a handful scattered around the globe.

“Some of these restaurants and cafes are near or in our schools, hospitals or lifestyle centers, but the majority are not,” Cox wrote in an email. “In the past, there were more restaurants on the West Coast, but now we are more concentrated in the eastern and southern states. In Texas, where one would think plant-based restaurants would not go over big, there are two Green Vegetarian Cuisines and four Earth Burgers.”

Her list includes the Country Life in Keene, New Hampshire, and in Massachusetts the Vegan Nest (with locations in Worcester and Clinton) and Pulse in Hadley. Here in Maine, we have the long-running Taste of Eden cafe in Norway and the new Gatherings 4 Main Street in Dexter.

Maine’s best-known Adventist-affiliated business is the Cornith-based Little Lad’s. Now 27 years old, Little Lad’s manufactures more than 100 vegan food products, including its signature Herbal Corn. Little Lad’s began as a Woolwich cafe in 1995, expanded to a chain of restaurants, then refocused on its wholesale business in 2015. Last year, Little Lad’s opened an outlet store and vegan cafe down the street from its Corinth popcorn factory.

Owner Maria Fleming, whose Seventh-day Adventist parents ran the all-vegetarian Poland Spring Health Institute in the 1980s and 1990s, is surprised by the new cafe’s customer base in rural Penobscot county.

“Corinth is a meat and potatoes community, with lots of farmers who raise beef,” Fleming said in a telephone interview. “I’ve been amazed by the number of people who come in and say they’ve been a vegetarian for 30 years. We’re surrounded by people who’ve made a choice to follow a healthy lifestyle quietly, so we don’t know about it as much.”

Fleming’s observation illustrates the deep roots of Maine’s vegetarian culture, which White has influenced since 1863. However, no matter where we live in the U.S., every time we sit down to a bowl of breakfast cereal, bite into a peanut butter sandwich or enjoy a juicy vegan hamburger, we should remember to thank White.

Avery Yale Kamila is a food writer who lives in Portland. Reach her at [email protected]
Social media: AveryYaleKamila

Vegan Kitchen: Low in fat, high in protein, tofu is delicious, too

Masters Of The Wok

Tue Feb 22 , 2022
A platform for experimenting with new flavors and dishes, as well as elements of service, design and décor. Notice of Dispute. If both you or we intend to arbitrate underneath these Phrases, the get together searching for arbitration should first notify the other social gathering of the Dispute in writing a minimum […] 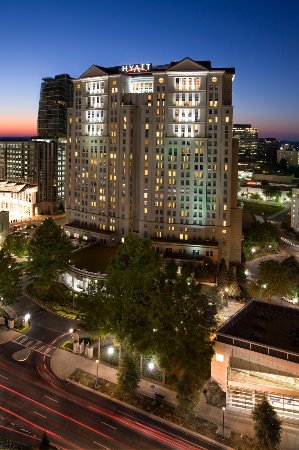