SAN JOSE — For the throngs of people who waited in line for up to 10 hours this weekend, California’s only passport fair at a San Jose post office became a frustrating exercise when clerks were overwhelmed and applicants were turned away.

Many who showed up well before the “passport fair” at the Willow Glen Post Office started at 8:30 a.m. Saturday just gave up and left the chaotic scene.

“They had hundreds and hundreds of children in the hot sun with no toilets, no water, no toys and no information about how long we would have to be there,” said Magnolia Segol, an attorney.

“They should have had about 20 people” helping to serve everyone,” said her husband, Jeffrey Segol, 62, a San Jose city analyst.

Evelina Ramirez, a spokesperson for the U.S Postal Service’s Bay Area region, said the office was prepared to handle about 150 people. But far more showed up, some lining up before dawn, and the office had only a handful of passport agents on hand.

“The crowd was overwhelming in terms of the people that actually showed up and got in line for the fair,” Ramirez said. “From what I hear, people drove miles and miles and miles.”

The three passport agents and other staff there “were working very hard and very efficiently” to help as many people as possible, she said.

“It was really a grueling day for everyone. But unfortunately there wasn’t any way to anticipate the real need. They really, truly did their best to expedite and take care of as many customers as possible,” she said.

Ramirez said the post office held the event in part to gauge local demand for passport services. Although the agency didn’t alert the media about the fair, news of it apparently spread far and wide by word of mouth.

After months of pandemic shutdowns, demand for passports among Americans eager to travel again caused a processing backlog. Last year, applications that normally took six to eight weeks to handle were taking three times that long.

Passport seekers started to queue up at midnight, and some people who arrived at 4:30 a.m. Saturday did not even make it through the doors into the passport center inside the post office, Magnolia Segol said.

She and her husband had arrived at 6 a.m. to apply for a passport for their daughter Madeline, 8, so the family can go to Italy for a trip delayed by the pandemic. They never got inside to apply.

Federal government rules say any adults who are first-time applicants must apply for a passport in person, as well as all children under 16, and they must be accompanied by both parents or guardians. Some attendees said they came to the fair because they couldn’t find open appointments when trying to book online through a government website.

Greg Klein, of Cupertino, his wife and their daughter Breanna arrived around 7 a.m. to apply for a passport for Breanna, 6, because the family plans to fly to Thailand in about three weeks. Klein, 52, a phlebotomy trainer at the Stanford Blood Center, had called the state department passport hotline and was told he should wait until the end of May, then schedule an application appointment for six days before their planned departure. The family went to the fair because that recommendation seemed like cutting things too close.

But when they arrived, there were hundreds of people ahead of them, and they left after 10 hours when office staff said services were over. Now the last-minute application that seemed risky appears to be their only option, other than delaying the Thailand trip, he said.

Attendees of the San Jose fair said a passport office staffer came out occasionally and provided limited information but only to the people at the front of the line, with those farther behind receiving updates passed along from the front.

The event was the only such “fair” in California among 21 scheduled across the nation this month and next. And the fair didn’t allow applicants to make appointments in advance.

“I guess a lot of people are in search of a way to get their passports, and we recognize the need, so hopefully there will be more events scheduled in the future,” post office spokesperson Ramirez said.

The U.S. Department of State said in an emailed statement Monday it encourages people to apply early for their passports, especially during busy summer months, because normal processing can take 8-11 weeks.

The state department said anyone needing “urgent travel” can schedule a counter appointment at one of 26 passport agencies or centers across the country, up to 14 days before their departure, by calling the National Passport Information Center at 1-877-487-2778.

“We are steadily increasing the number of counter appointments available for customers with urgent and emergency travel needs,” the statement said.

Sat May 21 , 2022
Here are our 11 best seafood recipes. Seafood Recipes- I’ve never shared this with anyone before… But I could easily give up chicken. However, when it comes to seafood? That’s my Achilles heel. I dream of Goan prawn curry served with poee, creamy lobster bisque, fish wrapped in banana leaf, bourbon-glazed […] 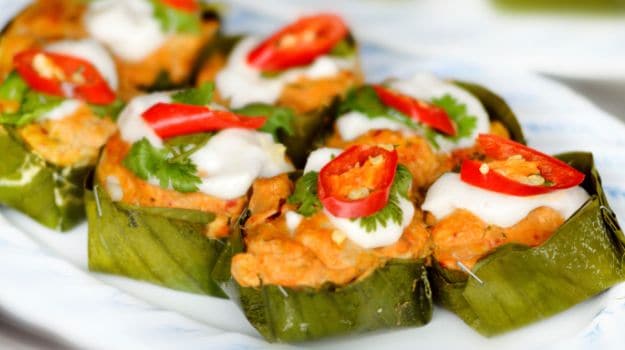