Anxiety, depression, self-harm and even suicide: a growing number of children in the United States are struggling with their mental health during the coronavirus pandemic, doctors, teachers, parents and the government are all warning.

Millions of students have been attending school virtually since March last year, spending hours in front of computers, without playing games or chatting with friends in person and missing out on sports and face-to-face art or music classes.

“There’s a lot of loneliness for me and other teens,” said Sarah Frank, an 18-year-old from Florida, who has not left home since March because she lives with relatives considered high-risk if they contract Covid-19.

“I have days I feel really sad, and a bit hopeless. It feels like a never-ending nightmare,” she told AFP.

Frank co-founded the State of Mind Project in July, a website with mental and physical health tips for teenagers.

Clark County in Nevada, the fifth-largest school district in the United States, has recorded 19 student suicides since the Covid-19 pandemic began in March, more than double the number for the same period the previous year Photo: GETTY IMAGES NORTH AMERICA / Ethan Miller

“I missed a lot of a high school experiences that I’ll never get back. I never went to a football game, I never got to go to prom,” she said.

Deanna Caputo is a psychologist and mother of two children who says she sees signs of depression in her 10-year-old son since his class in Arlington, Virginia became virtual in March.

“He’d wake up in the morning and go back to sleep until noon. He was moody. He started saying things like ‘I am not smart, I’m not good at anything,'” said Caputo.

She says knows of other children even worse off.

“All I hear is about medication starting. They (parents) can’t find therapists,” because of high demand, said Caputo.

Caputo, who is a member of the Arlington Parents for Education association that is actively lobbying for schools to reopen in Arlington County, says schools are being held hostage by teachers’ unions.

A recent CDC report said that schools are safe if proper precautions are taken, such as wearing a mask and social distancing.

But many teachers’ unions resist going back to classrooms. In Chicago, the mayor ordered elementary schools to reopen but unions refused, demanding vaccinations for all teachers and threatening a strike.

Teenage suicides have been on the rise in the United States for a decade.

There is no data for 2020 yet but numbers from Clark County in Nevada, which includes Las Vegas, are causing alarm.

Nineteen students have taken their own lives there since March, more than double the number for the same period the previous year.

Children participate in a protest in New York calling for schools to reopen in November 2020 Photo: AFP / Kena Betancur

Although they cannot be directly linked to the pandemic, authorities were quick to announce that schools would reopen.

“There’s almost no motivation into wanting to do online school,” said Brandon, a 13-year-old student in Arlington who has had remote-only classes for more than 300 days.

Susan Duffy, a professor of pediatrics and emergency medicine at Brown University in Rhode Island, said that while coronavirus has been a “medical crisis” for adults it has been a “mental health crisis” for children.

The United States is the only industrialized country that does not have universal health care. In times of national health crisis, the economic fate of those who lack health care is grim at best.

Between March and October last year, hospital visits for mental health emergencies by children aged 12 to 17 increased by 31 percent compared to the same period in 2019, according to the government’s Centers for Disease Control and Prevention (CDC).

For children aged five to 11, visits increased by 24 percent, the CDC found.

Duffy said she and colleagues at other hospitals around the country are noticing a higher number of suicide attempts among youngsters.

“We’re seeing more kids with intent to hurt themselves. It’s more associated with actually carrying out suicide attempts, which is very, very worrisome,” she told AFP.

School reopenings vary from district to district. Some 38 percent of schools are remote-learning only compared to 62 percent in September, according to the website Burbio which tracks school calendars.

“Kids have been removed from teachers and caring adults who are outside of their family who often pick up on subtle signs of crisis, and depression and anxiety,” said Duffy.

The pandemic has killed almost 450,000 people in the United States, the country hit hardest by the outbreak.

Duffy notes that there’s fear of the virus, pain if a family member dies, and economic, food and housing insecurity generated by the pandemic all contributing to children’s trauma.

Stress generated by the pandemic, school closings, unemployment and isolation are increasing the risk of child abuse, the CDC warned.

Pediatrician Duffy said some children being bullied would have enjoyed learning via Zoom but that online learning doesn’t fix the underlying cause of their social anxiety.

“Anxiety and depression are still there — and then they’re manifesting themselves in different ways,” she said.

These are the most-searched Super Bowl foods in your state 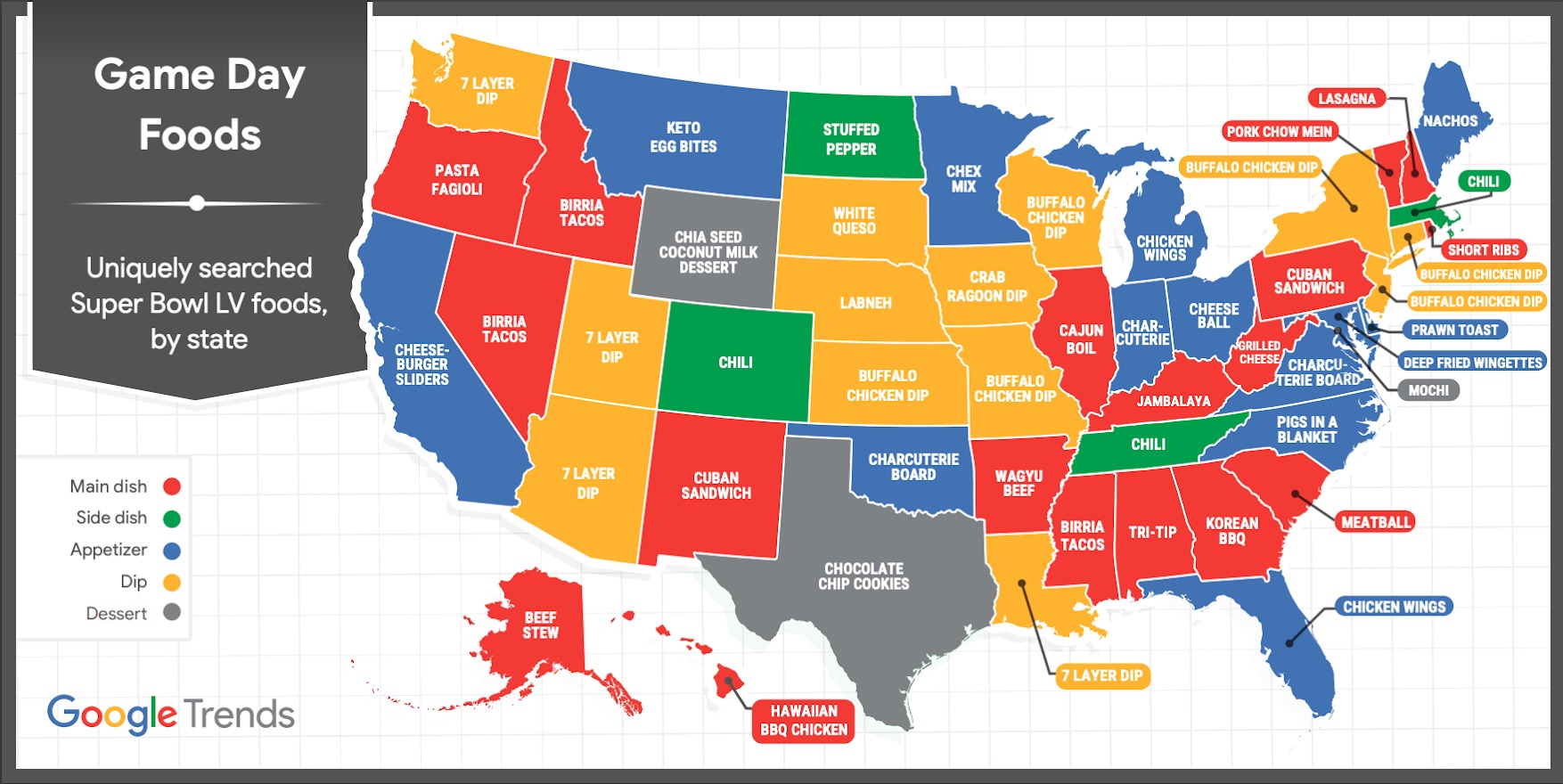