A line of vehicles had formed at the KC Hall by the time the fundraiser was scheduled to open Saturday afternoon. More than 60 volunteers, representing the Washington Area Chamber of Commerce board members and staff, the Town & Country Fair board and Town & Country Junior Fair Board, helped cook and deliver the food to the vehicles.

Washington Town & Country Fair Board President Jon Ballmann and others said it didn’t take long for them to realize the event was a success.

“We didn’t know how this would turn out, but it turns out that everyone is looking forward to the fair,” Ballmann said. The drive-thru fundraiser sold 455 ribeye steak sandwiches. For comparison, more than 2,000 sandwiches are normally sold during the fair.

The idea for the fundraiser came from the fair board and was coordinated by Chad Carter and Dale Holdmeier, who serve on the concessions committee, according to Amanda Griesheimer, marketing director for the Washington Area Chamber of Commerce. Other top selling food items were 285 waffle and ice cream sandwiches and 300 funnel cakes.

Ballmann said the fair board is moving forward with plans to host the fair, Aug. 4-8, though those plans may be altered depending on any restrictions related to the COVID-19 pandemic.

“We’re hopeful, very hopeful, that we can have the fair. We’ve really not spared any expense. We are doing our best to make sure that we keep this year’s fair the same quality experience that people have come to expect,” Ballmann said. This year’s fair is themed “Just Dig It,” which is the same theme as the 2019 fair that had to be scaled back due to the ongoing COVID-19 pandemic. During the multi-day fair, organizers moved forward with the livestock shows but plans were scrapped for the concerts, carnival and other activities.

Fair officials said three of the fair’s four marquee music acts have signed contracts for this year’s event. The music line-up is slated to be announced in March, according to Ballmann.

Ballmann said this year’s headliners include a blend of country and traditional rock acts, with some being up-and-coming artists with a handful of well-known songs and others being well-established musicians with an extensive catalog of fan favorites.

The Town & Country Fair can attract 15,000-plus guests for its Main Stage shows and motorsports events on a single day, according to previous reporting by The Missourian.

Since 2016, the fair’s collective revenue is $9.1 million, according to previous reporting, while expenses have been $8.5 million.

The economic impact of the fair also is significant, according to Ballmann.

“There are a ton of organizations who rely on the fair for a significant portion of their fundraising efforts. The money we raise from the fair itself is just a small piece of the amount of money raised by the Town & Country Fair,” said Ballmann, who agreed along with other officers of the fair board to serve another year following last year’s reduced fair.

meyer and Terry Williams, who are all directors.

According to fair organizers, the total economic impact of the fair has exceeded the $1 million mark each year for nearly two decades.

The economic impact of the fair includes money spent on capital improvements at the fairgrounds; purchasing of locally sourced goods, supplies and services; money earned by school, civic, church and service organizations; prize money and premiums paid out to exhibitors and contestants; the livestock auction; and scholarships.

In 2019, the fair paid more than $19,000 to schools, churches and civic organizations that work the parking lots, gates and concessions.

“There is no denying that canceling the fair  last year has put some financial stress on the chamber of commerce and the fair board,” said Ballmann, who said that given the success of the weekend fundraiser that additional fundraisers may be scheduled in the coming weeks.

“We need some fundraisers and are working out those details,” he said.

According to Griesheimer, online ticket sales for this year’s fair went on sale on Cyber Monday in late November. Since then, about 835 season passes have been sold. Tickets can be purchased online at www.washmofair.com/tickets.

“This community loves its fair, and it’s really an honor for our board and staff to get to plan an event that is near and dear to the hearts of so many,” Griesheimer said.

Fri Feb 5 , 2021
Like its famed enchiladas drowned in blankets of red and green chile sauce, Albuquerque is swimming in traditional New Mexican restaurants. While the city has a strong culinary identity rooted in classic Southwestern flavors, its food scene is truly as diverse as its people. The restaurants that define it include […] 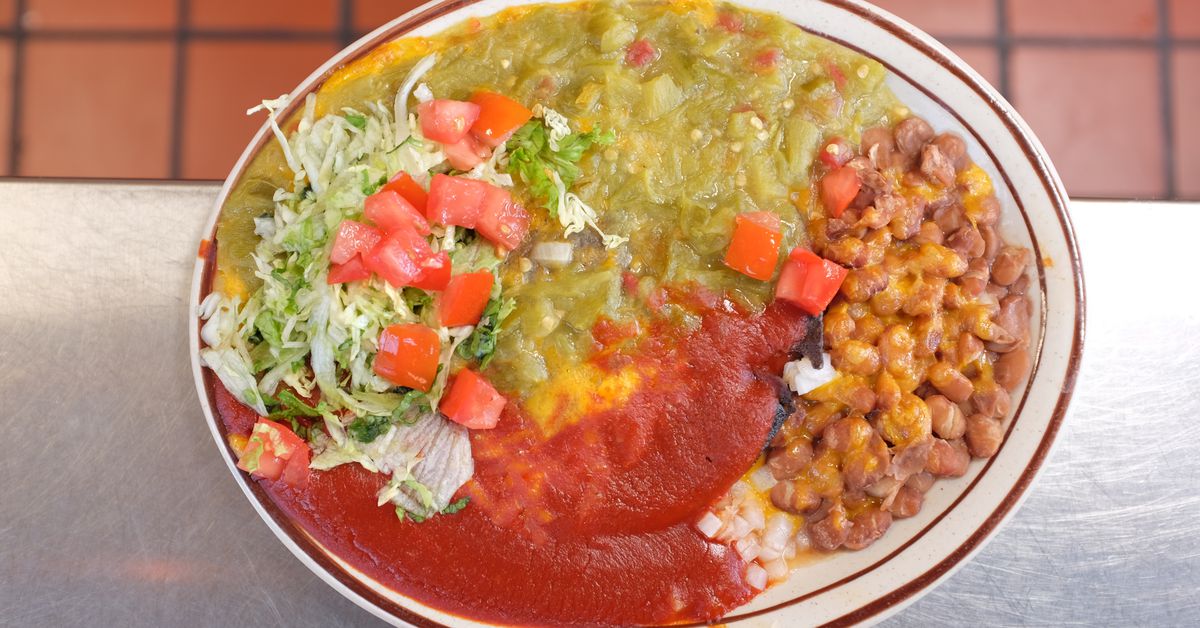