A Twitter thread debating which UK restaurant chain is the worst one to have an emotional breakdown in has gone viral.

Writer Imogen West-Knights’ tweets naming British restaurant chain Giraffe and others being the worst place to be upset sparked stories from other users about their most memorable public breakdowns.

She wrote: “The least chic place to have a breakdown in, and number one by a long way, is: Giraffe.”

Other restaurant and bar chains that made the list included Bill’s, Las Iguanas – although she added that “to be truly rock bottom it has to be a place that primarily serves food not drinks” – Gourmet Burger Kitchen (GBK) and Byron Burgers.

Having a breakdown in Five Guys would be “definitely chic”, and Nando’s is “fine” because “there’s a lurking chaos inherent in being at Nando’s”.

One person suggested: “What about Wagamama’s? Think of all the overworked staff and the other customers you have to share a bench and table with.”

Another added: “Not really a restaurant – but Benjy’s. Standing there weeping at about 3.10pm among the lukewarm minestrone in a Styrofoam cup and the wilting egg and cress markdowns.”

A third said that the Rainforest Café is the worst place to have a breakdown in because of the sounds of “birds chirping overhead while you sob”.

However, some people also recommended the best restaurants to have a good cry in.

Academic Dr Bethany Usher wrote: “Don’t know the worst but I do know the best. I once sobbed alone in a booth in TGI Friday’s due to some horrible news. I just needed to find somewhere to be and it was closest.

“When I asked for the bill, [it] said zero and someone had written ‘hope everything works out. This is on us’.”

A second person said: “I had a sobbing fit while waiting for my dad’s Lamb Dhasank in the local curry house in Worthing last week. They gave me a half pint of Cobra for free. Pretty chic?”

Others spoke of dramatic scenes they had previously witnessed – or been a part of – in restaurant chains.

One person recalled the time they witnessed a breakup taking place in a Pizza Express.

“She threw the wine bottle at him, it bounced and rolled. She left and he continued to eat his pizza. He either cancelled her order or boxed it up and took it home too,” they wrote.

Another said: “Walked into a Greggs as a couple were breaking up at a table by the door… Decided my yum yum could wait.”

A third said they were broken up with in a Toby Carvery at the age of 18, while “midway through the meal”.

“As I reached the door in hot, broken tears, I looked back to see him calmly scraping my leftover Yorkshire pudding onto his plate,” they added.

Sat May 7 , 2022
Clare Smyth, chef, prepares a dish of ‘Potato and Roe’ at the Core by Clare Smyth restaurant in the Notting Hill district of London, U.K., on Wednesday, Jan. 16, 2019. Miles Willis/Bloomberg via Getty Images Michelin stars are the Holy Grail of the culinary world. There are currently only 136 […] 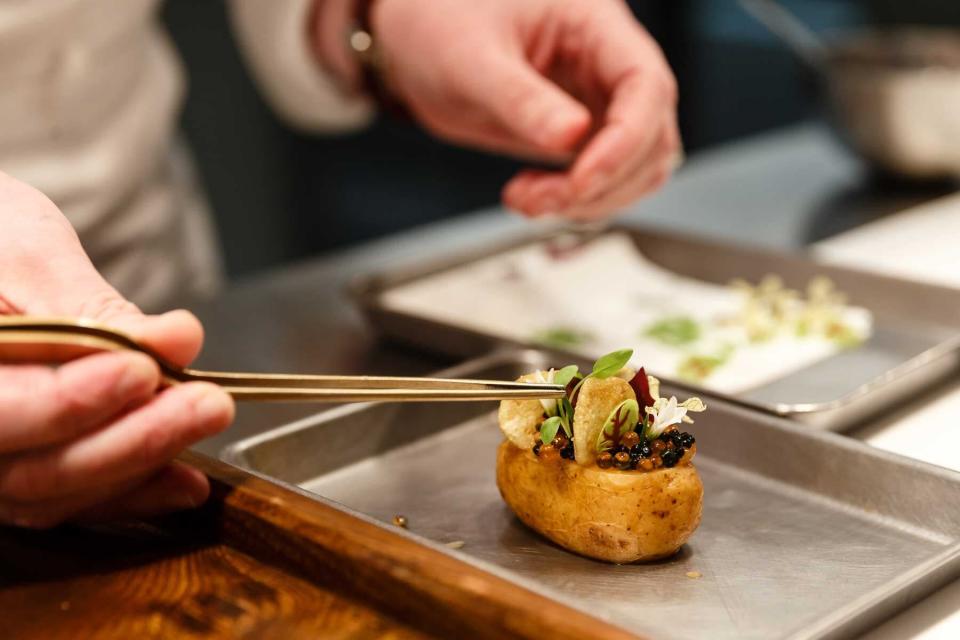