I try very hard not to look at January as any sort of reboot, detox, or kickstart month. It is too easy to fall into a trap of focusing on the first month of a new year to be the start of something big, especially around eating. I know too […]

I try very hard not to look at January as any sort of reboot, detox, or kickstart month. It is too easy to fall into a trap of focusing on the first month of a new year to be the start of something big, especially around eating. I know too many people who start weight loss or fitness programs, become vegetarian or vegan, sign on for Whole30 or Drynuary, only to end January feeling worse about themselves or like a failure if those things have not magically produced change.

Instead, I like to think of January as a month to ease myself into the new year. The bridge between the holidays and the year ahead, a month to be kind and forgiving of myself.

RELATED: The Best New Year’s Resolution Is to Give Up Cleanses

January is both about reflection on what preceded it and trying to have some intentionality about the year ahead. Any year is a marathon, not a sprint, and so I think of January as the beginning of training. No one would expect me to do 20 miles right out of the gate.

After years of thinking of January as the month that would start the diet that would finally work, or the exercise program I would love, or whatever else I was looking to reformat, years of resolutions broken, I finally stopped making any predictions or prognostications or promises and just decided to use January to slowly start to focus energy in positive directions where possible.

RELATED: 11 Recipes You Can Make This Week To Banish Those Winter Blues

When it comes to eating, after the indulgences of the holiday season, I am usually pretty ready to lighten my consumption, and eat things that are easy and bright. The doldrums of winter are setting in, so I want light and punchy flavors, some heat to balance the cold outside, and whatever freshness I can muster up. So sometime in the first week of January, I make some version of this soup. It makes a lot, because both my husband and I work from home and so we are eating both lunch and dinner in most days. It is less of a recipe than a ratio, because I don’t want to bother with following anything prescriptive, and I don’t want to feel burdened by access to ingredients or amounts.

Here’s How to Make My Fresh-Start January Soup

In a big stock pot, I heat up some coconut oil, canola, or peanut oil till it shimmers, and then throw in a couple cups of chopped onion, a quarter cup of chopped garlic, about a half cup of thick slices of fresh ginger, and one or two chopped serrano chilis. Once they have sweated down, I pour in about six quarts of water, a quarter cup of fish sauce, and a quarter cup of soy sauce. Once this is simmering, I taste and adjust seasoning with salt, pepper, red pepper flakes if I want more heat, more fish sauce or soy sauce if it needs punch. Then I add about 10 cups of assorted cut-up green and white vegetables. This might include everything from broccoli and cauliflower to spinach, watercress, snow peas, snap peas, bok choy, or napa cabbage. I usually include a bunch of chopped scallions. I simmer till the veggies are tender but not mushy, and then let cool and stash in the fridge. I can reheat it a bowl or a pot at a time.

I can serve it over rice or noodles or with nothing. I like a squeeze of fresh lime and some fresh chopped parsley, maybe some crunchy bean sprouts on top. My husband likes his with cilantro and chopped avocado on top. If I make chicken, I might add some shredded chicken in for protein.

It never feels like diet food, deprivation food, or food that is what you are “supposed” to eat. It feels like a bowl of green in the winter where access to green is limited, and it’s filling without being heavy. It can be the starter to a larger meal or a meal all on its own. It is great with a beer. Or without. Mostly it feels like the most delicious and tender bit of self-care. And a very good way to start the year.

Mon Mar 1 , 2021
iStock Throughout lockdown, the government has deemed pet stores as essential retailers and as such, many are still open. While a trip for food supplies, toys and accessories to some pet shops is still possible, if you’re unable to leave the house online shopping for these items is the easiest […] 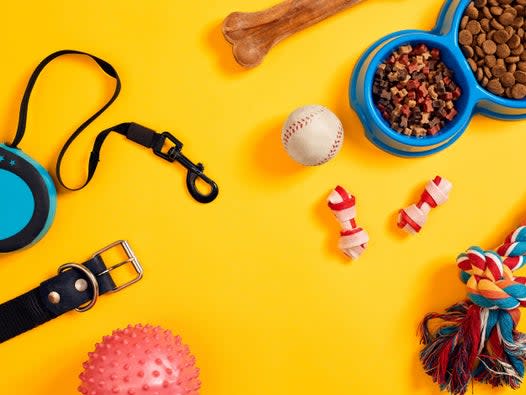