Some 10 million Americans are vegan or vegetarian, and it’s worth considering making the switch, or at least cutting back on meat and dairy, whether for your health, your pocketbook, or the planet.

The demand for meat hasn’t slowed much in the U.S., but as food sales soared during the pandemic, the rate of growth for meat was outpaced by that of plant-based alternatives, the New York Times reported.

Live animal markets, like the wet market in Wuhan, China, may be culpable in generating viruses that come from animals, like the coronavirus known as SARS-CoV-2 that has caused the Covid-19 pandemic. But the concentrated animal feeding operations that we rely on for meat and dairy in the U.S. also present many challenges for public health, according to the Natural Resources Conservation Service. These operations “congregate animals, feed, manure and urine, dead animals, and production operations on a small land area,” making it easy to potentially spread disease.

If everybody cut meat and dairy from their diet there could be a 49% reduction in greenhouse gas emissions from food production, the BBC reports. (If you can’t give it up entirely, eating less meat still helps reduce the need for intensive animal farming.)

“A vegetarian/vegan lifestyle can be more economical than an omnivorous diet,” says Judith Rodriguez, a nutritionist and professor emerita of the Department of Nutrition & Dietetics at Brooks College of Health. “Meat, fish, poultry, dairy are very expensive, can easily consume the highest percent of the food budget,” she says.

It’s not always an easy task for vegetarians to find the right foods when eating out or grocery shopping. Fortunately, many U.S. cities offer plentiful and inexpensive options for budget-conscious herbivores.

To find the cities that are best for vegans and vegetarians, WalletHub compared the 100 largest U.S. cities across 16 key indicators of vegan- and vegetarian-friendliness, examining each city based on metrics such as the cost of groceries for vegetarians, the share of restaurants serving meatless options, salad shops, organic farms, farmers markets, and vegan cooking classes per capita, plus GrubHub  (GRUB) – Get Report ratings for vegan/vegetarian ordering.

Some of the highlights: Fort Wayne, Ind. and Houston have the lowest cost of groceries for vegetarians, while Honolulu and Oakland, Calif., are the most expensive. Scottsdale, Ariz., and New York City have the highest percentage of restaurants serving vegetarian options, while Newark, N.J. and Laredo, Texas have the lowest. The most farmers markets per capita can be found in San Francisco, Miami, and New York; while and Newark, N.J. and North Las Vegas, Nev. have the fewest.

For anyone wishing to become a vegetarian, Rodriguez recommends starting slowly, one meal a week, then a full day, and starting with dishes you know you like.

Based on WalletHub’s report, these are the best cities for vegans and vegetarians.

The Best Cities for Vegans and Vegetarians

>> Plus: The Most Popular Comfort Foods in Every State

Mushrooms add important nutrients when included in the typical diet

Wed Feb 24 , 2021
First dietary modeling analysis of all three USDA Food Patterns investigates the effects of adding a serving of mushrooms Credit: Mushroom Council The second study published in as many months has identified another reason to add more mushrooms to the recommended American diet. The new research , published in Food […] 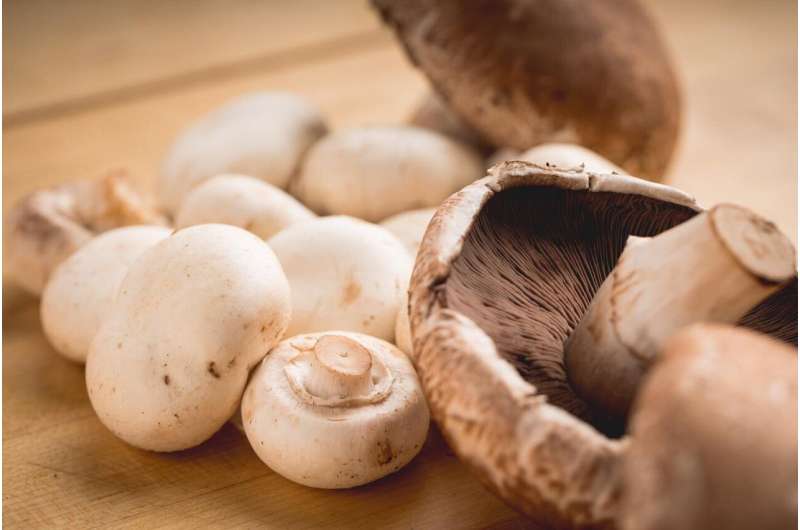