While the coronavirus has caused the cancellation of the Houston Livestock Show and Rodeo, the fair and rodeo will go on in Montgomery County.

The Montgomery County Fair Association confirmed Friday that it still plans to move forward with all events and activities scheduled for April 9-18, except for the annual the Senior Citizens Day assembly.

Fair tickets will be available online for $10 and at the gate for $15.

“Our mission and our focus is youth and education,” Montgomery County Fair President Cody Bartlett said. “We want to make sure that we have programs put in place to support that mission and our focus this year is doing just that. After having to sit last year out, it is still very important to us that those opportunities still exist today. And those will be done and carried out with safety precautions.”

Montgomery County’s fair and rodeo is held at 9333 Airport Road in Conroe. Each year the event draws more than 2,300 livestock and non-livestock show exhibitors from the area’s school districts, over 50,000 spectators, 75 committees and 1,300 committee members.

Last year, the 63rd annual event was shut down by county officials due to health and safety concerns as COVID-19 cases began to be confirmed in the area. Despite the cancellation, the fair officials said that it was able to contribute nearly $500,000 towards its mission to support youth and education, including by hosting a smaller fair queen ceremony and awarding 50 scholarships for students who were entered in the 2020 Junior Livestock and Non-Livestock Show.

Bartlett and the fair’s new Executive Director Brian Hayes said they are still finalizing the details for the 2021 event, but they said some changes will be implemented, including social distancing, reduced capacity, possible virtual options, and livestock show modifications.

The fair officials noted that the event contributes to the economy with attendees, including travelers, eating at local restaurants, shopping at local businesses, and purchasing from other local vendors.

“We have a very supportive community and we feel confident that the folks in Montgomery County will join us in supporting our mission, safely,” Hayes said.

The fair officials said they are continuing to communicate with public health officials and school districts to still be able to host the collaborative effort this year, including to guide them on the circumstances under which to cancel the event.

“Not being a public health expert myself, I think that is something that we have to rely on those officials for and while we’re working closely with them to make sure that we can carry out a safe event,” Bartlett said.

While the fair will not feature senior day, which has seen up to 1,200 attendees over the age of 65, the officials are looking at alternative ways to involve and engage the senior community, such as by having projects dropped off by an assisted living facility representative.

“If a group is unable to be here on the grounds, or we have to reduce capacity or something like that and so we’re not providing that opportunity for somebody to be here and experience something that would have traditionally, we’re trying to find ways to reach out to them,” Hayes said.

“While the onsite assembly portion of the senior citizen day is canceled,” he continued. “We’re still having our competition for that group; we’re still looking at opportunities and working with the committee on ways to reach out to that group of the community to make sure they are still able to participate.”

The fair officials said they are planning to announce artists for the entertainment lineup in the coming weeks and to stay tuned to social media for more details. They also expect a similar carnival experience this year.

“It’s going to look and feel a lot like it has in the past,” Hayes said. “Our carnival producer Crabtree Amusements has been successfully operating for months now. They have increased their sanitation protocols and have made changes on their side, whether it be their gaming operators, their carnival ride operators, or their food vendors to increase their safety protocols and practices.

“You will see things that you are used to now-a-days—fortunately or unfortunately—whether it be increased focus on masks, gloves, and sanitation and things like,” he continued. “But as far as the carnival itself, it will be just like we all know, remember and love.”

The fair association was able to host its golf tournament in October, but it will not be hosting the annual “Elvis and The Legends Show” with tribute artists to raise funds for youth education.

Instead, an inaugural scholarship chili cookoff, which has already raised $7,000, will be held from 7 a.m. to 3 p.m. Saturday. The funds will go towards supporting Montgomery County Seniors.

Youth Rodeo registration will open to the public on Feb. 15 for free. This year’s activities will include Mutton Bustin,’ boot scramble, stick horse, inflatable pony, and goat ribbon pullin.’ Registration ends at 5 p.m. on Feb. 26 and is only open to Montgomery County Residents.

The 29th annual Scholarship Trail Ride, which was not held last year, has been scheduled for March 19-21 in New Waverly.

15 best gluten-free snacks to have on the go 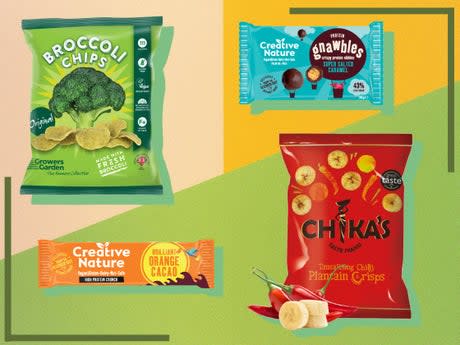