The annual San Diego County Fair could be canceled again this year, according to court documents filed Monday.

Medel said in his 14-page ruling that there was enough evidence to suggest that the bidding process was rigged to favor Arizona-based Ray Cammack Shows (RCS).

“There is a probability of prevailing on the claim that the bid was tailored specifically for one bidder,” he wrote. “There is at least the appearance of favoritism, which is contrary to public policy.”

But Medel did not make a definitive finding regarding that issue.

In Monday’s filing, lawyers for the 22nd District Agricultural Association (DAA), which oversees the fair, said if a stay was not issued that the district “will likely have to cancel the 2022 San Diego County Fair for a third consecutive year.”

John Moot, the lawyer for Texas-based Talley Amusements who filed the lawsuit, disagrees. He said Mendel took that into consideration but decided public policy at stake was more important.

“It’s the same arguments they made before,” Moot said. “That they can’t put on a midway carnival if there’s an injunction in place. That’s simply not true. Talley Amusements can be there and put on a full carnival if that’s what they want.”

The ruling brings into question the fair’s ability to have carnival rides and games — a major attraction at the annual event. The fair was canceled in 2020 because of the pandemic and a smaller event dubbed “Home Grown Fun” was held in place of the 2021 fair.

On Friday, fair officials say they were in discussion with all interested parties for a full carnival at the fair.

“This is a complex process that involves careful negotiations with multiple companies.” the 22nd DAA said in a statement. “We cannot simply assign the contract to a new company, as has been suggested publicly; we must work within the requirements of the court order and ensure that any new contract is awarded in a fair and equitable manner.”

The fair is slated to open June 8. At issue is the five-year contract awarded to RCS to exclusively run the midway where the carnival games, rides and food are held. For years, the midway was independently run by several carnival ride vendors, but the fair switched to a single vendor in 2018 for efficiency and to save money.

In 2021, RCS won the contract to run the midway, but Talley, the only other bidder, filed a protest claiming fair officials lowered Talley’s score to award RSC the bid. Last fall, the district issued another request for bidders to run the midway. Talley did not submit but alleged in the lawsuit that the bid criteria were written so that RCS was the only one that qualified.

In a declaration to the court, 22nd DAA chief operations officer Katie Mueller said the district does not have the staff to return to an independent midway, because it had laid off 85% of its staff because of the COVID-19 downturn.

“There is no time to issue [a request for proposal], solicit bids, and allow for the resolution of protests before the gates open on June 8, 2022,” she said in the declaration.

Mueller said it takes around three months from start to finish to award a contract, which would mean that the fair would not have a master contractor for the midway until after the closing date, July 4. She said the district is working to “explore whether some version of the fair can still be produced.”

The fair accounts for 57% of the district’s annual budget, according to the declaration. Because of the injunction, the fair is missing out on carnival ticket presales, which could add to up $1 million in revenue, Mueller said.

Moot said fair officials are stalling so that RSC would be the only one able to operate the midway.

“They’re trying to run the clock so that there will be not enough time for Talley or other carnival operators to get their rides and equipment out to the fair,” he said. “And then at the last minute, they’ll just go, ‘Oh, there’s nobody who can do it except for RCS. So you’d have to let RCS do it.’”

A hearing is scheduled for 8:30 a.m. Tuesday at the San Diego Superior Court Hall of Justice.

Minnesota-based restaurant with focus on healthy eating options on the go coming to St. Cloud

Wed Apr 13 , 2022
ST. CLOUD — A Minnesota-based fast-casual restaurant announced Thursday its intentions to open a location in the St. Cloud area. Crisp & Green, a restaurant serving up salads, grain bowls and smoothies that opened its first location in Wayzata in 2016, is looking at locations in St. Cloud in anticipation […] 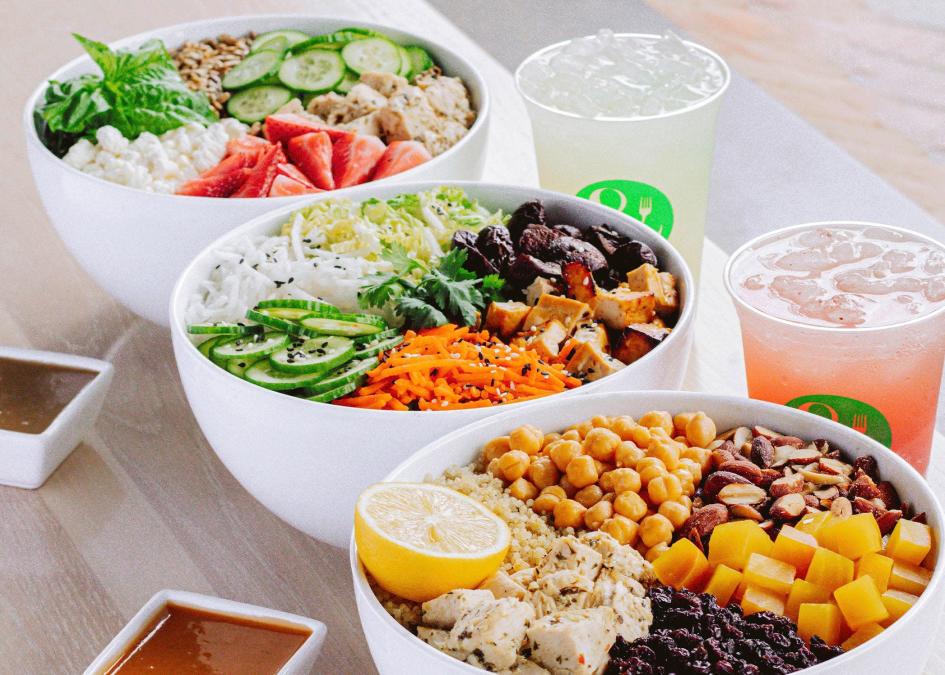