FORT PIERCE — Soul food: It’s food from the soul, for the soul.

Fort Pierce native Willie Roundtree, 30, noticed a lack of places to find just that, and he decided to open a soul food restaurant on North 25th Street in 2018.

Instead of going elsewhere on the Treasure Coast, he wanted to keep it in his hometown.

“I was born and raised in Fort Pierce, so it was deeper than that for me to make sure we bring it home first and give our community something,” Roundtree said. “I just wanted to bring something to this side of town that people can appreciate.”

He was working to open the restaurant as Granny’s Kitchen in Fort Pierce was closing after 43 years.

More: Here’s a list of the best chicken wings on the Treasure Coa

The roots of soul food in the black community go back to African-American slaves making food with whatever they could find, Roundtree explained.

“I feel there’s a shortage of soul food,” Roundtree said, “so bringing chitlins and oxtail and things of that nature was one of our top priorities.”

He also carries typical Southern food, including fried chicken, collard greens and baked macaroni-and-cheese, as well as desserts such as peach cobbler and banana pudding.

The menu varies daily at all the area’s handful of soul food restaurants, including NuNu’s Sweet Soul Food in Fort Pierce.

Patricia McNair Hearns, 50, started the food truck in the beginning of 2019 and runs it with her husband, Robert, also 50, and her 21-year-old son, Levie Dixon.

In her travels to California, New York and Puerto Rico, she noticed food trucks becoming the norm. Hearns thought it would be a good idea to bring that to her hometown.

She was working at the VA clinic while cooking and selling dinners out of her home when she quit her job to pursue her passion.

She named the business after her son’s nickname. Davonte Paschal, 23, died in 2016 after his vehicle went into a neighborhood lake in Indian River County. He had told rescuers to save his 2-year-old daughter first.

“I wanted to make sure my son was remembered,” Hearns said. “I wanted his name to carry on.”

After outgrowing its previous two locations, the food truck now has been parked in a convenience-store parking lot, at Delaware Avenue and South Seventh Street, since 2019.

If she’s not feeling well, she doesn’t open.

But she puts her own twist on soul food.

During the week, Hearns carries lighter options, such as cubed steak, as well as healthier options, including salmon, broccoli, cauliflower and special requests for keto diets.

She doesn’t over-season her food and uses a lot of natural herbs.

“People don’t eat soul food seven days a week,” Hearns said, “so we actually do comfort food during the week.”

However, she always has soul food items on the menu, including crunchy fried chicken, as well as peach cobbler and strawberry cheesecake dessert cones.

It’s not an easy job to make soul food, she said. It’s tough to prepare, and it’s tough to serve.

“You’ll get people that complain if it’s too salty or if it’s not seasoned enough and it’s bland,” Hearns said. “That’s why it has to come from the soul.”

Winston and Rosene Brown opened the takeout restaurant with outside dining in Gifford, north of Vero Beach, in 2009 after she moved from Jamaica the previous year, said her 27-year-old son, Marlon Dayes.

He moved from Jamaica in 2010 and currently works for Delta Air Lines, but he’s been helping his mom without pay after Winston Brown, his step-father, died two weeks ago.

“The food here is pretty authentic,” Dayes said. “All of our seasonings and everything, we basically get them from Jamaica.”

The biggest seller is oxtail, and people have driven from Melbourne, Palm Beach and Fort Lauderdale to get it.

The second-best seller is chitlins, which his mom had to learn how to make because it wasn’t something his family had back home in Jamaica.

“In Jamaica, we just call it ‘food’ for the most part,” Dayes said. “We come here, and we hear it’s called ‘soul food.’”

Laurie K. Blandford is TCPalm’s entertainment reporter and columnist dedicated to finding the best things to do on the Treasure Coast. Follow her on Twitter at @TCPalmLaurie or Facebook at faceboook.com/TCPalmLaurie.

Chicken and Waffle at Kinfolk

Thu Apr 14 , 2022
GORDON Ramsay showed off his incredible skills last night on Future Food Stars – but not everyone was impressed. The Michelin-starred chef was presenting the second episode of his competition series and presented the contestants with a challenge. 4 Gordon told the contestants what they’d be doing 4 He popped […] 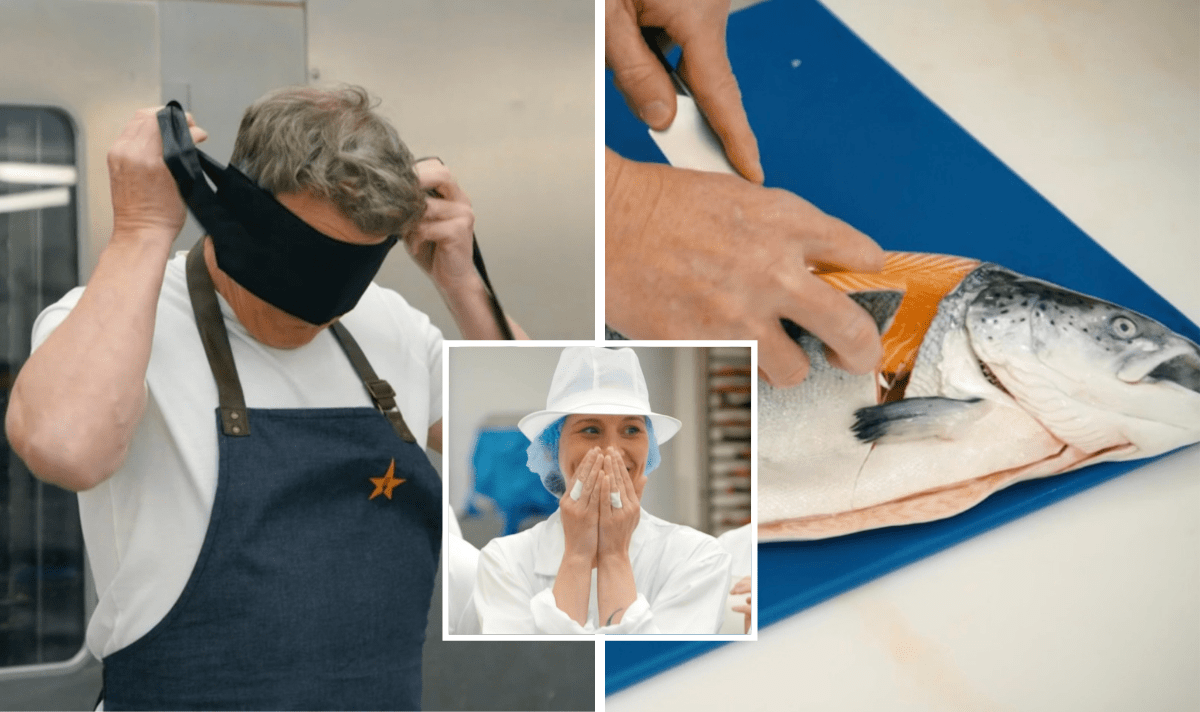