The French government has recently proposed a ban on short-haul domestic flights, outlawed the heated terraces beloved in Paris, launched a high-profile citizens’ convention on the climate – and is currently debating an amendment to the constitution that would “guarantee the preservation of the environment”.

But last month when Grégory Doucet, the progressive Green Party mayor of Lyon, announced that school lunch menus offered to some 29,000 Lyonnais children each day would no longer include meat, for many it was a step too far.

Gérald Darmanin, the right-leaning French interior minister, said that dropping meat was “scandalous” and an “unacceptable insult to French farmers and butchers” that was part of “an elitist and moralist” policy.

Julien Denormandie, the agriculture minister, called the Lyon mayor’s introduction of meat-free lunches “aberrational from a nutritional point of view and shameful from a social point of view”.

Adding to the cacophony of criticism, Bruno Retailleau, president of the right-wing Les Republicains party in the French Senate, described the move as “the totalitarian temptation of a current of thought which wants to impose its options on all by force”.

Farmers feed cows on the square facing the city hall of Lyon ​in protest at the mayor’s decision to feed kids from vegetarian-only menus. Photo: OLIVIER CHASSIGNOLE/AFP via Getty Images)

But not all have been critical of Lyon’s meat-free policy. Instead fierce political factions have emerged on both sides, underlining the existential crisis that France faces as it attempts to uproot age-old traditions to avoid climatic catastrophe.

The Minister of Ecological Transition, Barbara Pompili, was one of those to hit back. “We have fallen into a prehistoric debate,” she said. “I regret these worn out clichés, such as ‘vegetarian food provides an unbalanced diet’, when we know that meat can be replaced by fish, eggs, and vegetables which provide all the necessary proteins. It prevents us having a real debate on why we want to implement vegetarian menus.”

That debate, added Pompili, should focus on the fact that livestock is responsible for 15% of greenhouse gas emissions. France’s own Ecological Transition Agency (ADEME) estimates that a meat dish on average requires 137g of CO2 emissions – nearly ten times the 15g emitted in producing a vegetarian equivalent.

Leading global authorities have come to a similar conclusion. In a special report published in 2019, the Intergovernmental Panel on Climate Change (IPCC), the UN climate body, found that plant-based diets are a “major opportunity” for mitigating climate change, and recommended that countries reduce meat consumption.

For Benoit Granier, food expert for the French Climate Action Network, an environmental campaign group, a reduction in eating meat in France will be key to preventing the destruction of the planet.

“It’s a qualitative and quantitative problem,” says Granier. “We eat too much meat and too much bad quality meat. It’s led to huge deforestation in Latin America. We need to massively reduce consumption of animal products, especially those made with intensive farming practices.”

However, Lyon City Hall has played down the climate aspect and insists the decision to drop meat was made to “speed up the service” in the city’s 206 schools to better comply with the pandemic’s health protocol requirements under COVID-19, which is now entering a deadly third wave across Europe.

“We only took the decision to allow the public service to continue,” a spokesperson told VICE World News. “Children eat more quickly if there’s only one choice and that’s needed to allow social distancing to be maintained between students.”

But critics are doubtful of this explanation and point to the fact that Mayor Doucet pledged in his election campaign last year to offer the choice of a vegetarian menu every day of the week in schools.

A photo shows the aftermath of a protest by farmers in Puy-de-Dome prefecture in Clermont-Ferrand. Photo: BART MAAT/Thierry Zoccolan AFP/AFP via Getty Images

Mélanie Hamon, a lawyer for the Admys-avocats firm, is representing the Departmental Federation of Farmers’ Unions (FDSEA) and parents from Lyon in a legal appeal against the decision to temporarily stop serving meat.

“The mayor says the reason for not serving meat is because of COVID – but he clearly has a political motive,” says Hamon, whose emergency appeal was submitted last month. “But in any case, we consider it illegal.”

The city’s administrative court rejected those initial appeals earlier this month, noting that the non-meat menus “do not create a health risk for children” in terms of an emergency, allowing municipal canteens to continue not serving meat.

But that ruling has not halted the wave of criticism, with some decrying an assault on France’s sacrosanct individual liberty. Pierre Perrin, president of the Rhône region’s Butchers’ Union, told VICE World News the decision to stop serving meat in Lyon’s cantines is “an attack of freedom” and that the environmental argument for reducing meat eating was “not proven scientifically”.

Analysts say the furore is being framed by some as the latest Anglophone attack on French society and values: from culture wars to culinary wars.

“Vegetarianism is seen as an Anglo-American import,” says Renan Larue, a French professor at the University of California. “Some are trying to make this a question of French identity and ecologists are being accused of betraying French heritage. It’s an explosive cocktail.”

Larue believes that the framing is down to the fact that France is increasingly being forced to face something of an existential crisis.

“It’s a particular moment of malaise, because there’s a growing feeling of culpability regarding meat-eating in France but many are still attached to this past,” he adds. “That’s why there’s been such a strong reaction.”

Others see different factors behind the backlash. Élodie Vieille-Blanchard, president of the vegetarian association of France, says that the “very influential” meat and dairy lobby in France has also played a role in the size of the debacle.

“There’s been a historical support for these industries because of it,” she says. “Lies have been told, a cacophony of them.”

But Vieille-Blanchard says that France’s meat consumption has been on the decline for years as attitudes evolve. In 1998, some 93.6kg of meat was consumed on average a year by every French person – but that has since fallen to 86.2kg.

Vieille-Blanchard says that “Mad cow disease” – a fatal condition for cattle that led to health problems in adults who consumed affected meat– in the 1990s, and a more recent scandal over horse meat discovered in frozen beef lasagnas, have also led to dips in meat consumption.

“I believe the decision by Lyon is common sense,” she adds. “A sustainable diet for the planet is one largely based on vegetable protein.”

But while in January, a vegan restaurant near Bordeaux became the first to earn a prestigious Michelin star, only around 2% of French people say they are vegetarian and 0.5% vegan (although 30% say they are flexitarian).

For now, as French parliament this week debates a climate law that could require canteens to serve a vegetarian meal option every day, Lyon City Hall will continue to serve meatless meals. It remains an unpalatable reality for some.

The Interior Ministry and Ecological Transition Ministry did not respond to requests for comment.

Tue Apr 6 , 2021
A platform for experimenting with new flavors and dishes, as well as elements of service, design and décor. A really quick and straightforward fix to a tasty side-dish. Fancy, designer mac and cheese often prices forty or fifty dollars to prepare when you could have so many unique and costly […] 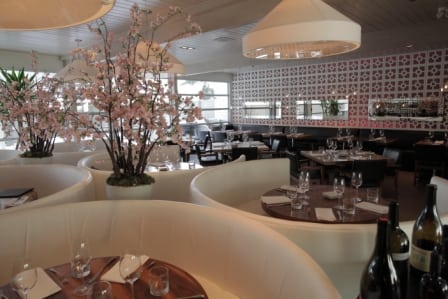