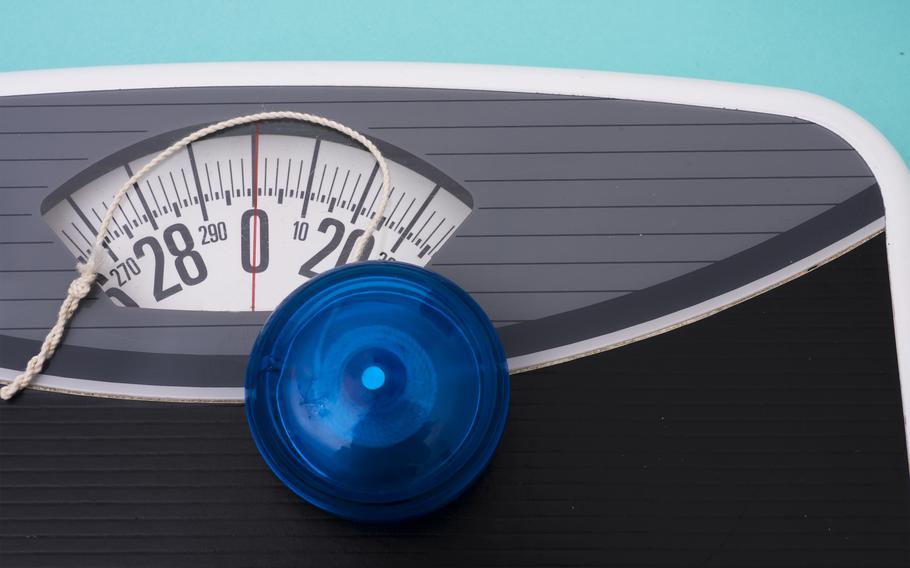 There are few things in life I’ve shown more dedication to than yo-yo dieting.

It all began in ninth grade, when I got tired of being referred to as “chunky” and put myself on a limited eating regimen of saltines, apples and hard-boiled eggs. I lost weight, but I had no idea that I would catch and release that same 10 pounds for the next 40 years.

In that timespan, I tried the Cleveland Clinic Diet, the Zone Diet, Slim Fast, Weight Watchers, Atkins, the Grapefruit Diet, the Dukan Diet, South Beach, the Cabbage Soup Diet, Sugarbusters, the Carbohydrate Addicts’ Diet, the Fast Metabolism Diet and several short-term “cleanses.” A couple of weeks into every diet, I’d be five pounds of water weight down, and other than extreme constipation and debilitating fatigue, I felt fabulous.

However, the needle on my scale would eventually screech to a halt. I could eat more egg whites and grilled chicken breasts than Cool Hand Luke at a Brazilian meat festival, but the only thing I’d lose was motivation. Without the stimulus of weight loss, I’d inevitably binge. The next morning, bloated and guilt-ridden, I’d contemplate my dietary fate over coffee and Pop Tarts.

I could blame military life. Who eats healthily during a PCS move when you’re living on lousy hotel continental breakfast buffets and takeout? How can we be expected to cut calories during deployments when a military spouse’s best friends are wine, Thai food and Dove Bars? How are we to cope with the unpredictability of military orders if we can’t drive through Krispy Kreme when the “Hot” light is on?

Through all my years of yo-yo dieting, I never gave up completely. I’ve always believed that, with the right diet, it’ll happen.

I recently signed up for Noom. I’d heard about it from friends, and seen the ads that pop up during phone solitaire. I didn’t believe the testimonials, because every diet I’d ever tried professed “permanent” weight loss.

But something about this plan seemed different. Rather than focusing on what I eat, Noom was all about WHY. I was apprehensive at first, knowing that a psychological approach could tap into deep-seated insecurities that I wasn’t prepared to face. I was afraid to relive being called “Chunky Dinners” on the school bus and the shame of trying to cover my stomach rolls at the community pool.

Down deep, however, I knew psychology might be the key to end my 40-year ride on the yo-yo diet carnival ride.

Noom requires about 10 minutes a day using its phone app, reading lessons and logging food and weight. There is no eating program to follow and no forbidden foods, but you are encouraged to stay within a personal calorie budget and do any exercise. You can use low-carb, low-fat, intermittent fasting, paleo, vegetarian, or no plan at all — whatever you’re comfortable with. The daily lessons teach you how to combat “thought distortions” that lead to overeating, how to eat mindfully, how to cope with stress in healthy ways, and other tips for long-term weight control success.

As a lifelong yo-yo dieter, this reasonable approach to dieting is utterly foreign to me. Tell me I’ll lose 10 pounds by eating pork rinds and butter for a month, and I’m ready. But teach me to have eating healthy habits and feel no guilt, and I’m completely lost.

So far, I’ve lost only two pounds on Noom; however, if there is an exit ramp off of the yo-yo diet carnival ride, this is it. A personalized Noom plan with optional personal coach can cost up to $59 per month (Tip: find coupons online), but military spouses who deal with weight gain during moves, deployments, separations and other stressful situations may find Noom worth the price.

Only time will tell if Noom will end my 40-year ride on the yo-yo diet carnival ride. At the very least, I’ve learned that I need a healthier relationship with food if I want to stop reaching for a second (or third) donut, and grab the brass ring instead.

Read more at themeatandpotatoesoflife.com, and in Lisa’s book, The Meat and Potatoes of Life: My True Lit Com. Email: [email protected]

Sat Sep 18 , 2021
The Forum recently announced that an Italian steakhouse would be opening soon in Fargo. About the same time, a study of the environmental impact of global food production appeared in the technical journal Nature Food. It found that global food production accounts for 35% of all global greenhouse emissions, and […]