BUFFALO, N.Y. (WIVB) — Even though they dominate on the lacrosse field, sports are not the only thing at which Nichols seniors Emily and Lyla Allen excel. Cooking has been a passion for the twins for their whole lives, and they’ve turned that passion into a side hustle.

“My parents were Natural Food entrepreneurs, so we grew up eating not so normal food with them like quinoa and lentils, weird stuff. We were eating really healthy and cooking a lot, so when we were nine, we started our blog Kitchen Twins,” Nichols senior Emily Allen said. “From there it grew a decent amount, we did a local Shark Tank competition where we pitched a TV show and a set of kitchen wear by kids for kids and we won that. We got to meet this venture firm capitalist, we had our own product for a while, a kale chip kit, then we were like why not just pitch a cookbook? That got picked up, and by this point we had developed enough of a connection with Racheal Ray that she wrote our forward, which helped us a lot.

“Now we have a podcast called Our New Favorite Thing, we started a series where we do strong female business, we actually got to interview the producer for Racheal Ray which was great for us.”

“It’s been really nice. With cooking, it’s so cool that we both have the same shared interest and that we’ve gotten to do so much with it,” Nichols senior Lyla Allen said. “I also think having one person and being that young and trying to do all this would be a little overwhelming, but having your sister right there by your side has been super great.”

After graduation, the twins still plan to keep up their cooking, but they will need to adapt because for the first time, they’ll be apart. Emily is headed to Washington DC where she will attend Georgetown, while Lyla will be two and a half hours away at the University of Virginia.

After a lifetime of playing sports together, this lacrosse season is the last time the twins will be on the same field on the same team.

“It’s definitely really sad, I don’t think I’ve thought about it too much, but now that you say it we’re not going to live together and see each other every waking moment of every day, which will one be nice, but then two also something we have to get used to,” Lyla Allen said. “For lacrosse, we’ve come up with a lot of plays together to try and make the most out of the season, so it’ll definitely be sad because we’ve played sports together our entire life.”

“For us to be able to play together, and we both play midfield this year, so we’re on the same line, everything that we’ve practiced outside of school and all the work we’ve put in comes together in a really special way,” Emily Allen said. “We know each other so well and each other’s play, not only from watching but just from playing with each other, so it’s really nice to have someone that you click with on the field.”

Lyla and Emily both plan to play club lacrosse in college, and with their schools so close to one another, they could end up playing each other again, this time on opposite teams. But for the final 15 regular season games of their senior season, they’re just trying to soak up as much sister time as possible.

Need a Quick Bite Pre or Postride? Try One of These 10 Healthy Fast Food Options

Sun Apr 17 , 2022
Photo credit: Stanislaw Pytel – Getty Images “Hearst Magazines and Yahoo may earn commission or revenue on some items through the links below.” As a cyclist, you know you need a well-balanced diet to fuel your hard workouts and long rides. And while fast food might not be your go-to […] 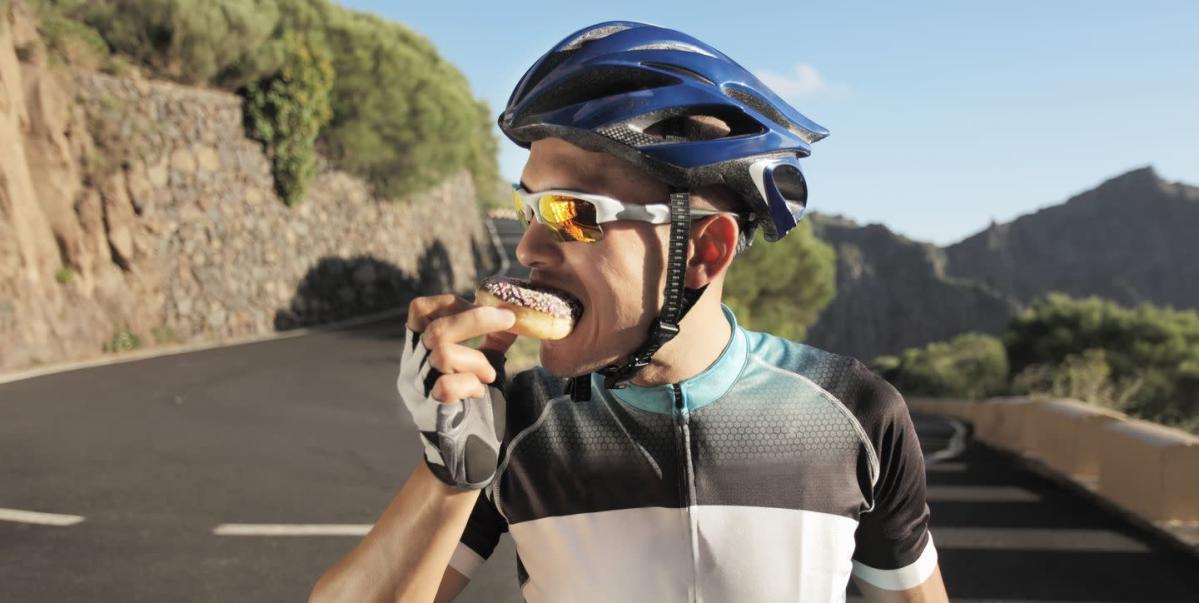