Amid the days of bell bottom pants, anti-Vietnam-War protests and the Civil Rights movement, a musical, appetizing and spiritual tradition took root at the University of Florida’s Plaza of the Americas.

Krishna Lunch began on July 29, 1971, when Hare Krishna founder A.C. Bhaktivedanta Swami Prabhupada visited Gainesville and the university. He spoke at the plaza and inspired his followers to start the practice, according to press releases for the anniversary celebration.

Since then, the vegetarian meals have been offered at UF without interruption, amounting to over three million served to generations of hungry college students since the founder’s visit.

Thursday marks the 50th anniversary of Krishna Lunch at the UF, and the local Hare Krishna community is celebrating with three days of festivities open to anyone.

The festival begins Thursday morning at the Plaza of the Americas with a series of speakers and breakfast.

UF President Kent Fuchs and Gainesville Mayor Lauren Poe have been invited to talk around 8 a.m., said Kalakantha Das, a chaplain who used to help manage Krishna Lunch. There is also a live virtual discussion on the history of Krishna Lunch Thursday night, which can be viewed on the Krishna House Facebook page.

Friday afternoon, from 3-7, the celebration is planned to continue with an open house, tours and buffet at the Bhaktivedanta Institute, located at 224 NE 10th Ave. The institute is the scientific branch of the Hare Krishna movement.

And Saturday morning from 7:30 to 9:30, people are invited to the Krishna House, 214 NW 14th St., for another speaker panel, breakfast and ceremonial groundbreaking for the house’s new kitchen.

“Coming to this point is a great milestone for the Krishna community in Alachua County,” Das said. “Our main hope is that people will have a chance to share in the celebration … there are so many people who have enjoyed Krishna Lunch over the years but don’t know anything about it.”

The International Society for Krishna Consciousness, or ISKCON, claims about a million followers worldwide. Its adherents follow a strict no meat or eggs diet, do not drink alcohol, take drugs or smoke, eschew gambling and do not engage in sex outside the bounds of marriage. Locally, followers often gather at the intersection of Northwest 13th Street and University Avenue to chant and sing on Friday evenings, and the religious group has a temple and large farm outside Alachua.

Das said Krishna Lunch has multiple meaningful components. Of course, there is the karma-free food, always vegetarian and sometimes vegan, served by volunteers at the plaza. The menu rotates daily and can be found online at krishnalunch.com, but it typically consists of a fresh salad, entrée, side dish and dessert.

While meals are being handed out, there is also kirtan, a musical meditation where Hare Krishna members sing and chant the name of God, he said. And the lunches are eco-friendly, specifically helping to cut down carbon dioxide greenhouse gas emissions by being vegetarian and vegan and using plates, cups and forks that are 100% compostable.

Over five decades, Krishna Lunch has not only thrived on UF’s campus but expanded outward to reach the Gainesville community beyond students, Das said. According to the website, meals are also served every weekday for the local homeless community and people in the Alachua County work release program.

And during the COVID-19 pandemic, Krishna Lunch expanded to drop off meals for doctors, nurses and support staff throughout North Central Florida, as well as people adversely affected by the pandemic, said Sagar Kumar, president of Krishna House.

“I’m really excited because something that’s lasted 50 years means that a lot of people have been involved. It’s nice to do something to recognize them,” Kumar said.

Armando Santamaria, a junior studying plant science, was among the UF students enjoying Krishna Lunch on UF campus Tuesday ahead of the celebration.

Santamaria said he gets Krishna Lunch three times a week and that he did not know it had been around for five decades.

“That’s pretty crazy,” he said. “It’s just, like, a testament to good food and the good people that serve it.”

“I love this place because it offers me vegetarian food on campus,” Marupaka said.

Pace added: “It’s something about UF that’s cool and charming.”

22 Suggestions To Preserve Your Food regimen On Track

Wed Jul 28 , 2021
A platform for experimenting with new flavors and dishes, in addition to components of service, design and décor. Applicable Verizon Media Entity: Oath Inc. (Deal with: 22000 AOL Approach, Dulles, VA 20166). Yep, the high-fat, low-carb weight loss program which has amassed a cult following because of its get-slim-fast promises, ranked […] 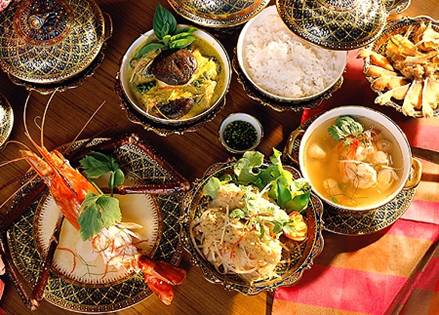