San Bernardino County Fair CEO Jennifer Morgan said her team is working to ensure that the 75th edition of the SBC Fair is “bigger, better, and more unique.”

The SBC Fair will infuse the fairgrounds in Victorville with food, carnival rides, live music, monster trucks, bull riders, vendors, exhibits, and more when it arrives on May 28-30 and June 3-5.

This year’s fair will use the rebuilt and recently opened Community Building No. 4, destroyed in a fire in 2017.

The SBC Fair Dirt Series will include Monster Truck Mayhem on May 28, Demolition Derby on May 29, and Bull Riding on May 30.

This year’s main stage concert lineup includes the June 3 appearance of Quiet Riot, the heavy metal band from Los Angeles whose 1983 song “Come On Feel The Noize” would turn out to be the biggest hit of the band’s career.

Years before scoring a multi-national No. 1 hit with “Just the Way” — the first single from Parmalee’s 2021 album, For You — the Thomas brothers grew up in the small town of Parmele, North Carolina.

A few years—and a couple of albums later—the band started receiving widespread acclaim for their song “Carolina,” which appeared on their 2013 album Feels Like Carolina. Since then, “Carolina” has been certified Gold, and the group has released two more hit singles, “Close Your Eyes” and “Already Callin’ You Mine.”

Parmalee was nominated for “New Vocal Group of the Year” during the 51st Academy of Country Music Awards in 2016.

Morgan Evans is an Australian country music singer and songwriter who released his self-titled debut studio album in 2014, which peaked at number 20 on the ARIA Albums Chart.

In 2019, Evans won the ARIA Award for Best Country Album for his second studio album, Things That We Drink To. Last year, he announced the release of his EP The Country and the Coast.

Fueled by charisma, sunshine, and adventure, country artist Claire Wright told Raised Rowdy that she is committed to “living a life worth writing songs about,” which she acknowledges as her motto and an excuse for wild behavior.

Last year, Wright unveiled her debut EP “Miss California,” a collection of songs that some say is a heartfelt ode to her home state.

“It’s called Miss California, and it’s all songs that I’ve co-written,” Wright told Country Now. “It essentially kind of paints the journey of coming from California and moving to Nashville. There are breakups, party songs, and a ballad, which is new for me, but it’s really just about missing California and me and embodying California. Doing the damn thing, chasing the dream.”

On June 5, the Night of Faith will feature Christian music artist and Grammy nominee Danny Gokey, who was a Top-3 finalist on the 8th season of “American Idol.”

After his 2009 appearance on “American Idol,” Gokey quickly amassed millions of fans. He dropped his first album, My Best Days, which debuted at No. 4 on the Billboard Top 200 album chart.

Since that time, Danny has celebrated a series of No. 1 hits, including his follow-up album releases Hope In Front of Me, Rise, Haven’t Seen It Yet, and holiday albums, Christmas Is Here and The Greatest Gift.

He produced singles like “Hope In Front of Me,” “Rise,” “The Comeback,” “Love God Love People,” and RIAA Certified Gold singles “Tell Your Heart to Beat Again” and “Haven’t Seen It Yet.”

He has been honored with three Grammy nominations, three wins as KLOVE Male Vocalist of the Year, two Dove Awards, and numerous Dove Award nominations.

The death of his first wife, Sophia, inspired him to take the stage on American Idol.

He found Sophia’s Heart in honor of his late wife, which later became Better Than I Found It, a nonprofit committed to supporting other nonprofit organizations that are making a difference in their communities.

Helm and Sons Amusements host the carnival. Paid admission to the fair will allow full access to all rides on the midway.

Tickets are sold online only. A presale wristband is $35, with children 2-years-old and under free. On-site sales of wristbands are $45.

Presale general admission tickets sold online at SBCFair.com are $5, with children 2-years-old and under free.

At the gate, general admission is $10, with children 2-years-old and under free. Parking is $5 (cash only).

Daily Press reporter Rene Ray De La Cruz may be reached at 760-951-6227 or RDe[email protected] Follow him on Twitter @DP_ReneDeLaCruz.

Tue May 17 , 2022
Ripe bananas and natural peanut butter create a salty-sweet flavor combo in this protein-packed Peanut Butter Banana Oatmeal Smoothie. It’s perfect for breakfast or any time of the day. Aside from maybe chocolate, few foods taste better with freshly-roasted, salty peanut butter than a perfectly ripe banana. And aside from […] 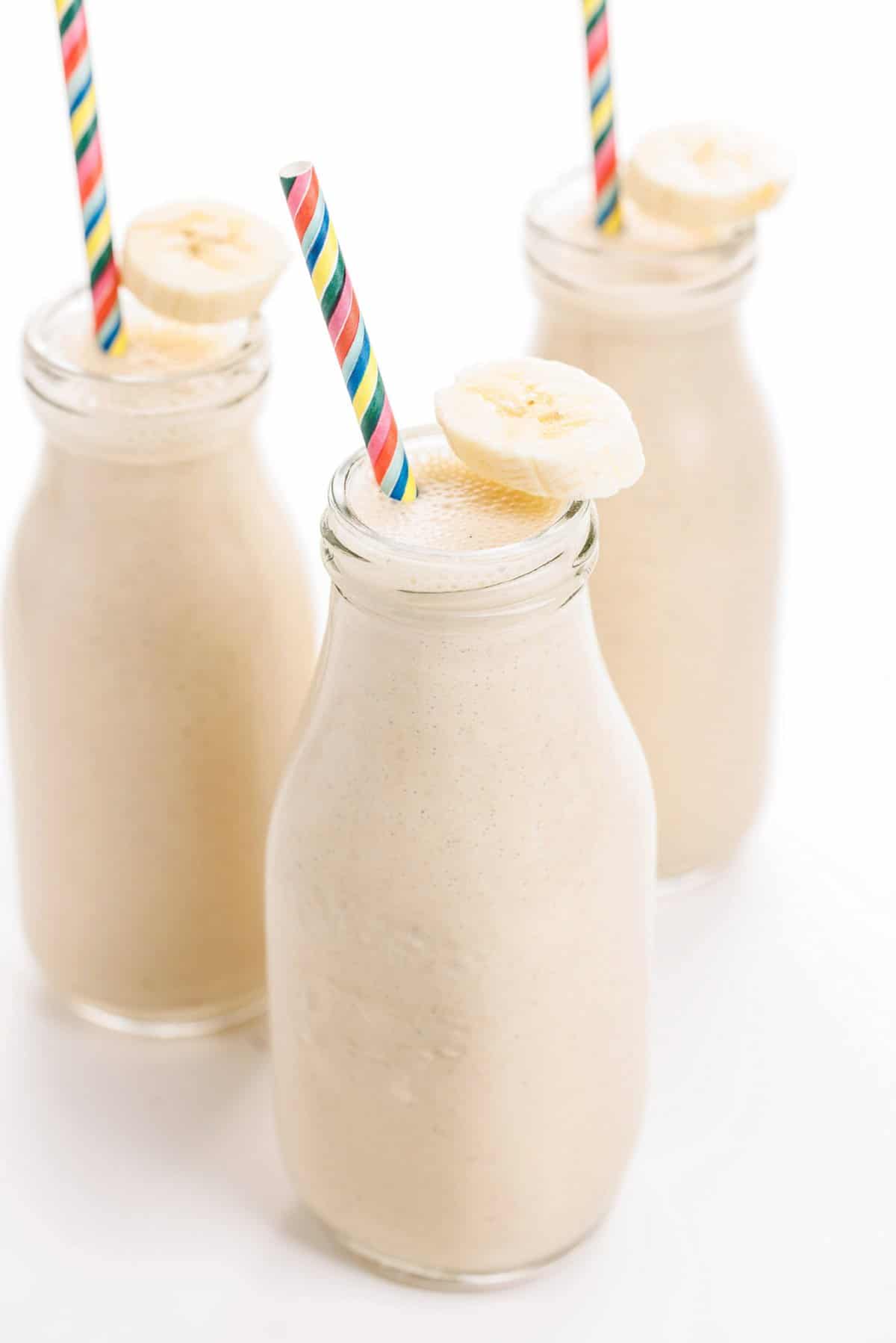