Children on vegan and vegetarian diets may have better heart health and less body fat, but may be more at risk of vitamin and mineral deficiencies than their peers who eat both animal and plant foods, research suggests.

Led by researchers at the University College London and the The Children’s Memorial Health Institute, scientists looked at data from 187 healthy children from Poland, ages 5 to 10 years old. The group included roughly equal numbers of omnivores as well as vegans and vegetarians who had been following a plant-based diet for an average of five years.

The vegan group had less body fat and better levels of LDL or “bad” cholesterol linked to heart disease, according to the findings, published March 19 in The American Journal of Clinical Nutrition.

However, vegan children were on average about 3 centimeters shorter than non-vegan children, the study found, and were three times more likely to be deficient in B vitamins.

Vegans were also found to have 4 to 6% lower bone mineral density as well as lower bone mass. That could be a concern for growing children, and increase the risk of issues in vegan children such as osteoporosis and fractures later in life.

These results suggest that a whole-food, plant based diet can have benefits for health, but might make it difficult for children to get enough nutrients needed to support growth.

Vegan children may benefit from supplements

The health advantages of the vegan diet are likely due to eating more whole plant foods, high in fiber and micronutrients, previous research suggests.

But since animal products tend to be high in protein and B vitamins, cutting out those foods could make it harder to get those nutrients. That could explain the potential concern about bone health, according to Dr. Małgorzata Desmond, first author of the study and researcher at The Children’s Memorial Health Institute.

“We found the vegans had higher intakes of nutrients that indicated an ‘unprocessed’ type of plant -based diet, which is in turn linked to lower body fat and better cardiovascular risk profile. On the other hand, their lower intakes of protein, calcium, and vitamins B12 and D may explain their less favorable bone mineral and serum vitamin concentrations,” Desmond said.

The researchers found that vitamin supplements helped reduce the risk of nutritional deficiency linked to vegan diets. Many experts recommend taking supplements on a vegan diet for things like B vitamins, calcium, and vitamin D. This could be especially important for young vegans’ growing bodies, this study suggests.

Not all meat-free foods are equal for health, the study suggests.

Vegetarian children had elevated cholesterol and blood sugar levels, a fact which surprised the researchers at first, according to Desmond.

However, it turned out that those children were eating more produced foods and fewer whole vegetables, seeds, nuts, and fruits than their vegan counterparts.

“Their dietary data showed that they were eating a relatively processed type of plant-based diet, with less healthy levels of fiber and sugars compared to the vegans,” Desmond said in the press release. “So, we are learning that just eating plant-based diets is no guarantee of health, we still need to select healthy foods.”

Sat Jun 12 , 2021
Our probiotic Kefir Cream Frosting is the only frosting recipe you will ever need! Going a step additional than the normal vegetarian food regimen, vegans shun all animal merchandise, together with dairy, eggs, and honey. Whereas many choose this life-style for moral or environmental causes, some individuals look to the […] 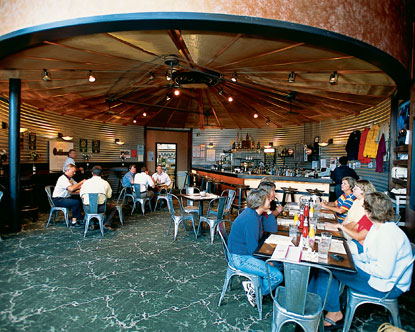