More Americans are starting to eat less meat—in one survey last year, nearly 6 of out 10 people said that they became more flexitarian or semi-vegetarian since the pandemic started. In many cases, they said the choice came from wanting to be more sustainable. But a new study explains that it’s not the only way to lower the carbon footprint of your diet.

Another approach: Eat less junk food. Soda and snacks don’t have the “carbon intensity” of meat, but because people tend to buy large quantities, the impact adds up. The study found that cutting the intake of candy, alcohol, ready-made food, and other foods that fall outside of the USDA’s recommended dietary guidelines could potentially cut emissions as much as or more than shifting fully to the USDA recommendations for each food group—including, for many people, eating less meat.

“Reducing the consumption of those food items will not only reduce the carbon emission but actually have health benefits,” says Hua Cai, an environmental and ecological engineering professor at Purdue University and one of the authors of the study, which looked at millions of shopping records from nearly 60,000 American households and added up the carbon footprints of each diet compared to a diet optimized for health and sustainability.

For households of one or two people, another factor is buying too much food. “Small households are purchasing more food items than larger households, which means they’re probably buying or consuming more than they need,” Cai says. Part of that problem could be addressed by manufacturers, she says. It can be expensive to try to not waste food: Bulk food is usually cheaper, but if it were more affordable to buy food in smaller quantities, it could help small households avoid waste. And of course, none of these decisions exist in a vacuum: It’s more expensive to eat healthier foods, and many people simply cannot afford to buy non-junk food.

This understanding of the impact of different diets hasn’t been as clear in the past because previous studies have looked at the carbon footprint of average national diets, which doesn’t reflect the diversity in how households eat, or have looked at what people report eating in a single day rather than what they’ve bought (and potentially thrown out) over time. “We’re trying to understand more of the heterogeneity in the individual choice trying to identify better carbon emission reduction strategies,” she says.

That’s not to say limiting consumption of meat and dairy isn’t important. A 2018 study of global agriculture from Oxford University researchers found that meat and dairy provide 18% of the calories humans eat but use 83% of farmland, producing 60% of the emissions in the sector. Meat production has multiple impacts, from deforestation to the methane in cow belches and manure. “A vegan diet is probably the single biggest way to reduce your impact on planet Earth, not just greenhouse gases, but global acidification, eutrophication, land use, and water use,” Joseph Poore, who led the research, told the Guardian.

Tue Nov 9 , 2021
We include products we think are useful for our readers. If you buy through links on this page, we may earn a small commission. Here’s our process. Navigating the grocery aisles in search of nutritious foods has become increasingly complex as an increasingly large number of so-called healthy products fill […] 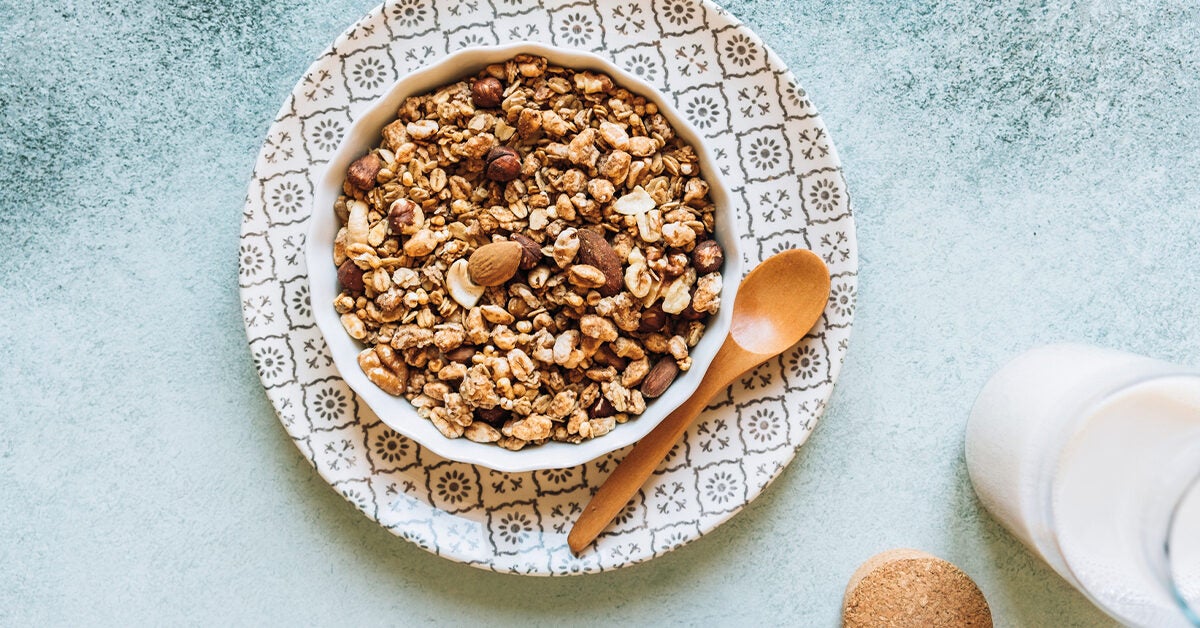