Plant-based diets are a way to support nutrition, the environment and animal health. But even if you reduce or phase out animal products from your plate in favor of vegetables, fruits and nuts, you might still be missing a key ingredient that makes plant-based diets complete: whole grains.

Here are three key reasons why whole grains are an essential component of a balanced plant-based diet.

Whole Grains for Your Plant-Based Diet

Whole Grains Offer a Nutritional Boost
Any time food groups are eliminated, it’s important to make every ingredient count, and plant-based diets are no exception. Switching to whole grains is an easy way to give your meals a protein boost, without having to change the overall formula. Whole grains tend to have at least 25% more protein than their refined counterparts and generally have more protein than fruits and vegetables as well.

Many whole grains are also a good source of essential nutrients like iron, magnesium, copper, manganese, thiamin and vitamin B6. Whole grains, though, are greater than the sum of their parts. Nutrition researchers are starting to understand that there is a synergistic effect of these components, and that benefits can’t be reduced to a simple vitamin pill or fiber supplement.

As we assess the risks and beneﬁts of diﬀerent food systems, it’s easy to see why whole grains have been at the core of traditional diets for millennia.

Ancient grains in particular are especially environmentally conscious and are well suited for unpredictable climate patterns. For example, proso millet (the main type of millet sold in the U.S.) has the lowest water requirement of any grain crop, and pearl millet (more common in Africa and Asia) is most able to tolerate extremes of heat and drought. Similarly, teﬀ, an Ethiopian whole grain, thrives in drought.

Even if grains are already a regular part of your diet, switching to whole grains can have an even greater impact when it comes to reducing food waste. One kilogram of paddy rice yields about 750 grams of brown rice, but only 650 grams of white rice. Similarly, one bushel of wheat yields 60 loaves of whole grain bread but only 42 loaves of white bread. By discarding the bran and germ in the refining process, the healthiest components of the kernel are directed away from people

Whole Grains Have the Satisfaction Factor
In order to follow a plant-based diet (or any diet) for the long term, meals have to be completely delicious and satisfying. If you’re treating grains as simply a culinary blank slate, you’re missing out on one of the best taste enhancers in plant-based cuisine.

With the diverse flavors and textures of whole grains at your disposal – from subtlety sweet oats to the grassy bite of amaranth – the grain component of your dish can be an additional opportunity to take your meals to the next level.

For example, research indicates that whole grain pasta can help reduce appetite compared with refined pasta, meaning that it is easier not to overeat.

Similarly, a study comparing the impacts of whole-grain rye crisp bread and white bread made from refined wheat found that although people ate similar amounts of each food for breakfast, they reported higher fullness, lower hunger and less desire to eat after consuming the rye crisp than after eating the white bread. When study participants were allowed to eat as much as they wanted at lunch later that day, those who ate rye crisp for breakfast ate about 8% fewer calories at lunch.

When it comes to eating closer to the earth with a plant-based diet, don’t overlook the importance of whole grains. Enjoying grains the way nature intended – with all three parts of the kernel: bran, germ and endosperm – is a win-win for people and the planet.

When buying packaged foods, look for clues like the Whole Grain Stamp or the word “whole” to be certain you are getting whole grains. With a chance to win whole grain goodies during Whole Grains Month in September, you just might find a new favorite!

Fri Sep 10 , 2021
Our probiotic Kefir Cream Frosting is the only frosting recipe you will ever want! A very quick and straightforward repair to a tasty facet-dish. Fancy, designer mac and cheese typically costs forty or fifty dollars to organize when you’ve gotten so many unique and expensive cheeses, but they don’t seem […] 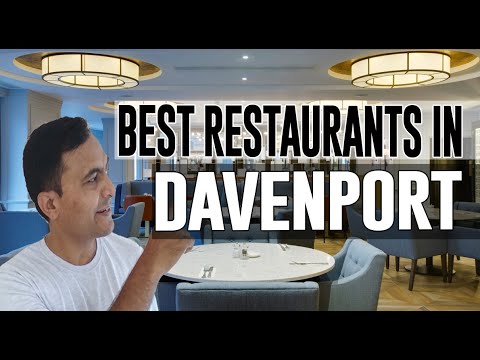