Don’t cut down on dairy, the British Nutrition Foundation has said, as it warned focus on the environment may lead to poorer diets.

The charity said that the supply of key nutrients such as iron and iodine needed to be taken into account when considering food advice, particularly for teenage girls and young women.

In a study examining 29 studies of diets in wealthy countries carried out over the past decade, the researchers concluded that eating less red and processed meat and more beans, pulses and nuts, would be beneficial both for the environment and for people’s health.

But the conclusions for dairy, including yoghurt, milk and eggs, were more mixed, with the paper concluding that there was no evidence to recommend reducing consumption of these foods because of their high nutritional value relative to their moderate environmental impact.

Overall the study, published in the journal Nutrition Bulletin, found that eating healthier diets with less meat and more “plant-based” food could lead to a drop of up to 50 per cent in greenhouse gas emissions.

Becoming vegetarian or vegan would likely cut carbon emissions further, with one study finding a drop of 83 per cent, but would drive up demand for water by around two to three per cent.

But the paper warns that cutting out animal products entirely could lead to nutritional deficiencies of key vitamins and minerals including iron, zinc, iodine, vitamins A and B12.

Iron deficiency is particularly common in young women while iodine, found in fish, eggs and dairy products, is a key component needed in pregnancy and for children’s development.

Dr Simon Steenson, the paper’s author, said: “This represents a style of eating that is familiar already to people in the UK, and it does also still include some nutrient rich animal foods, such as meat, milk, fish, and eggs.

“We found that this is likely to be a more realistic shift to recommend than vegetarian or vegan diets.

“While they may offer large environmental benefits, there is the potential that they could decrease intakes of some of these important nutrients.”

ProfessorJudy Buttriss, Director General of the British Nutrition Foundation and co-author of the review, said: “All too often nutritional quality and delivery of essential nutrients is not considered in judgements about the environmental impact of foods and diets.

“It’s vital that nutrition is central in discussions about transformation of food systems so that we don’t risk encouraging dietary changes that might benefit the environment but could be detrimental to people’s health”.

Tue Aug 17 , 2021
Our probiotic Kefir Cream Frosting is the only frosting recipe you’ll ever need! This dip was the result of endless combinations to attempt to provide you with some dip that I didn’t should cook dinner for work. Serve immediately or it is even higher if you happen to leave it […] 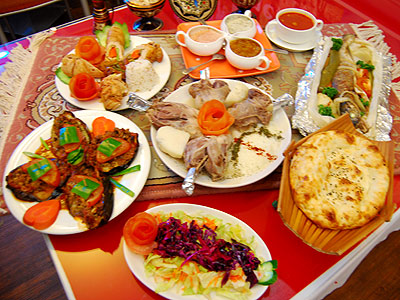