As with many conditions, there’s no one size fits all approach for what you can eat when you have inflammatory bowel disease (IBD). My sister and I both have a form: I have ulcerative colitis (UC), and she has Crohn’s disease. Not the gene mutation we were both hoping for! But I’m still clinging to hope that I’ll be getting my superpowers soon.

In the meantime, we both had to make some dietary changes to keep flares at bay and maintain remission. Our diets could not be any more polar opposite! Even though lean protein, such as fish, white meat poultry, eggs, and soy, is considered “safe” and well tolerated for people with IBD, I have a hard time with any type of meat. I also have trouble with raw vegetables, artificial sweeteners, and — the worst punishment of all — coffee.

My sister, on the other hand, tolerates meat well enough, as long as it isn’t red meat. She’s even able to have some raw vegetables, like spinach. When she has bad flares, her go-to safe food is plain yogurt with rice (a common pairing in Middle Eastern cuisine). Any type of dairy would not sit well with me at all, however. During flares, she does have issues with most fruits and vegetables with seeds, but I have safe fruits, like bananas, that cause the least discomfort for me.

When I was younger, long before I was diagnosed with UC, I had severe stomach pain after eating meat. My parents thought I was being a picky eater. That’s something they feel very guilty about now, but it wasn’t their fault at all. They grew up eating many dishes, like Arab stews, that included meat. That’s what they knew how to cook and were familiar with eating. It reminded them of home and those dishes gave them a sense of normalcy.

I attribute having a healthier diet while growing up to having home-cooked meals. We never had fast food when I was kid. My father didn’t trust the cleanliness of restaurants — and rightly so. My hypothesis is that kept my symptoms minimal until, well, the rivalry between genetics and environment took over.

When my disease is stable and in remission, I can tolerate and eat most food — within reason. I can have that cup of coffee, but still be a bit wary and ready to face consequences. I can have some celery and cauliflower, but will need to take a break from them for a few days. I do well with fish, but not any other meat. I consider my diet more vegetarian and prefer to eat that way.

I have experienced “food trauma.” I had to learn to not label certain foods as “bad” because they happened to be the food I was eating when I had a flare. If I connected every food with a flare, I would eliminate 90% of my diet. It isn’t easy for people with IBD to get past that as we have very good “gut memory. If you ever had really bad food poisoning and can’t bear to think about the food that caused it, that’s what it feels like when I’m recovering from a flare.

Whether I’m in a flare or recovering, I tend to self-isolate and limit social outings that involve food. I know close friends and family would be more than happy to accommodate me, but a big part of the food experience is also enjoying it. And not being able to partake in that activity can stir a lot of emotions. It’s more than just not being able to eat — it’s the indirect pressure to try certain food, dealing with pain and fatigue, and worrying about accessibility to restrooms.

I feel safer when I’m at home and cooking my own meals. It’s very difficult for people who grew up in households that make traditional foods to figure out what “safe foods” look like. Most nutritionists and health care providers aren’t familiar with the dishes respective to different cultures. Ethnic households usually don’t know dishes that are “American” (besides what they see on TV).

Mashed potatoes, for example, are not a staple food in the Middle Eastern diet. But they’re actually a great, nutritious meal for during a flare (as long as they’re cooked with minimal salt and butter!). It isn’t that the older generation can’t make them, or learn how to, but it’s not something they’re familiar with.

An adult can usually adjust and make their own meals, but a child with IBD mostly relies on adults for their meals. And in all honesty, when I’ve suffered debilitating flares, my mother and sisters prepared my meals for me. They took care of me.

We all have had to do a lot of learning and for my family it was a new challenge! If I was going to follow a certain diet, they were on it, too. It’s that kind of support that kept me going and looking forward to better days — and better meals. We never really think about how much meaning and interaction we associate with food, until, well, we have to set some measures. It’s really these small things that I have learned to appreciate and never take for granted.

Sun Sep 12 , 2021
It’s our goal to supply the finest, most healthful Chinese eating expertise in Richmond and we uarantee it! Where we modify the Providers as outlined in Section 7(a), or we modify these Terms pursuant to Part 12(b), we are going to tell you a reasonable period of time upfront of […] 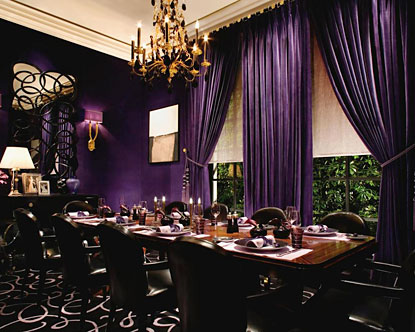