You’ve probably seen and heard about plant-based meat everywhere over the past year: Impossible Burgers on restaurant menus, Morningstar Farms in the frozen aisle, Beyond Meat at the meat counter. In recent weeks, even McDonald’s and Burger King have announced plans to incorporate the meat alternative into their menus.

And as the updated data show, 30% of the Gen Pop have tried the meat alternative products, but nearly half of the population remain uninterested in giving it a shot.

Interestingly, 10% of respondents haven’t heard of plant-based meat before, which doesn’t leave a lot of wiggle room for the new products to capture new markets.

Looking at demographics, we see that consumer trends around plant-based meat are very clearly driven by age.

Those aged 35 and above are far less likely to be interested in trying plant-based meat, while those younger report much higher rates of trying, and intending to try, the products. However, of note, is that even those aged 18 to 24 are much more likely to try plant-based meat, they are also the most likely to not like what they tried, reporting dissatisfaction more than two and a half times that of those aged 55 and older.

Gender plays less of a role in experience with plant-based meat, though women are slightly more likely to have tried and liked the products, while men are more evenly split on their satisfaction.

Beyond demographics, a stronger indicator of who is driving the plant-based meat trends is the health conscious.

Those who read nutrition labels on items at the grocery store are significantly more likely to have tried plant-based meat, while those who don’t are much more likely to not be interested.

Along with this nutritional focus, we see those that never take vitamins are more likely to be uninterested in the products, as compared to those who do.

For instance, people who closely follow health and fitness trends are much more likely to have tried plant-based meat, though notably they also report significantly higher levels of dissatisfaction with it.

Perhaps the most telling is the relationship between those who buy organic or locally grown food and experience with plant-based meat.

Consumers who buy organic or locally grown food every chance they get are more likely than others to have tried plant-based meat.

Vegetarians report high levels of having tried plant-based meat, clearly in an effort to effectively replicate traditional meat dishes (which other veggie substitutes generally don’t do as well). Though again, it is notable that nearly one-third of vegetarians report not liking the plant product. Vegans, meanwhile, have high levels of intent but also the highest levels of dissatisfaction.

So while plant-based products may not necessarily represent a more health-conscious food choice than traditional meat, their upward trend may be driven by vegetarians (and vegans to a lesser extent), regardless of the nutritional value.

As trends in diets and food continue to shift, CivicScience will continue to monitor how plant-based meat impacts the mainstream food market.

The post Can Vegetarians (And The Health Conscious) Keep Plant-Based Meat Afloat? appeared first on CivicScience.

The divisive condiment that is FULL of vitamin B12 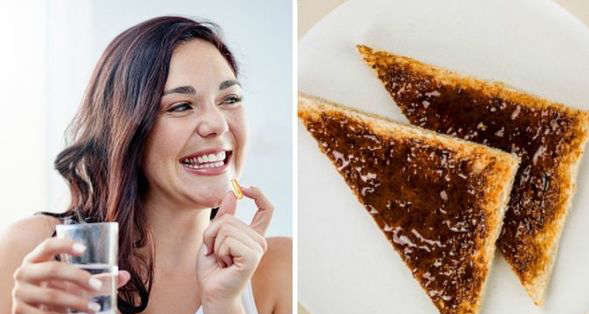