Dear Doctor: I’m 27 years old and have itchy skin that my doctor says is psoriasis. It’s not all the time — it comes and goes. Sometimes it’s bad, and other times it’s not that noticeable. I’ve heard that what you eat matters. Can my diet help prevent or control […]

Dear Doctor: I’m 27 years old and have itchy skin that my doctor says is psoriasis. It’s not all the time — it comes and goes. Sometimes it’s bad, and other times it’s not that noticeable. I’ve heard that what you eat matters. Can my diet help prevent or control the condition?

Dear Reader: Psoriasis is a chronic skin condition associated with a malfunction of the immune system. It is marked by the overproduction of skin cells, which results in raised areas of dry, reddened and flaking skin. These areas of inflammation, which are sometimes topped by silvery scales, most often appear on the elbows, knees and scalp. However, they can occur anywhere on the body. Additional symptoms can include burning, soreness and itching; nails that grow thicker than normal or develop pits or ridges; and stiffness or swelling in the joints. Susceptibility to psoriasis, which occurs in both women and men, is inherited. The condition is much more common in adults than in children.

The reasons that the immune system goes a bit haywire aren’t yet fully understood. However, flares are associated with triggers such as physical or emotional stress, cold weather, the use of tobacco products and skin injuries. And you are correct that some studies have found that diet may also play a role.

Research suggests that avoiding inflammatory foods may help ease some psoriasis symptoms and lessen the frequency of flares. Chief among the culprits is sugar, which has long been linked to inflammation. In a mouse study published last year in the Journal of Investigative Dermatology, researchers were able to trigger inflammatory changes in the skin in just a few weeks on a high-sugar diet. Other foods that have been linked to inflammation include alcohol, red meat, saturated fats and the highly refined carbohydrates found in snack foods and ultra-processed foods.

What you do eat can be just as important. Some studies have found that the so-called Mediterranean diet, with its focus on fish, seafood and olive oil, as well as a wide range of fresh vegetables, fruit and leafy greens, may also improve symptoms. These fish-forward diets are rich in n-3 polyunsaturated fatty acids, which are also known as omega-3 fatty acids. These types of fats appear to have an influence on something known as eicosanoids, which are molecules that play a role in causing inflammation. With an increase of omega-3 fatty acids in the diet, researchers suspect that inflammatory processes may be suppressed.

Diet alone has not been found to either control or cure psoriasis, so it’s important that you follow the treatment plan outlined by your doctor. And when it comes to food, the responses to dietary changes in people living with psoriasis are highly individual. Some patients have found that a vegetarian diet can lessen the severity of their condition. Others have reported an increased sensitivity to gluten. Pay attention to what you eat, and note whether or not it appears to consistently correspond to changes in your level of inflammation. You may uncover some personal dietary triggers that can help you in managing your condition.

Fri Feb 26 , 2021
Dining in is one of the safest ways to eat during the coronavirus pandemic, and for those spending most of their time at home, meal delivery services are becoming more popular. They save a lot of time in the kitchen and helps with limiting trips to the grocery store, making […] 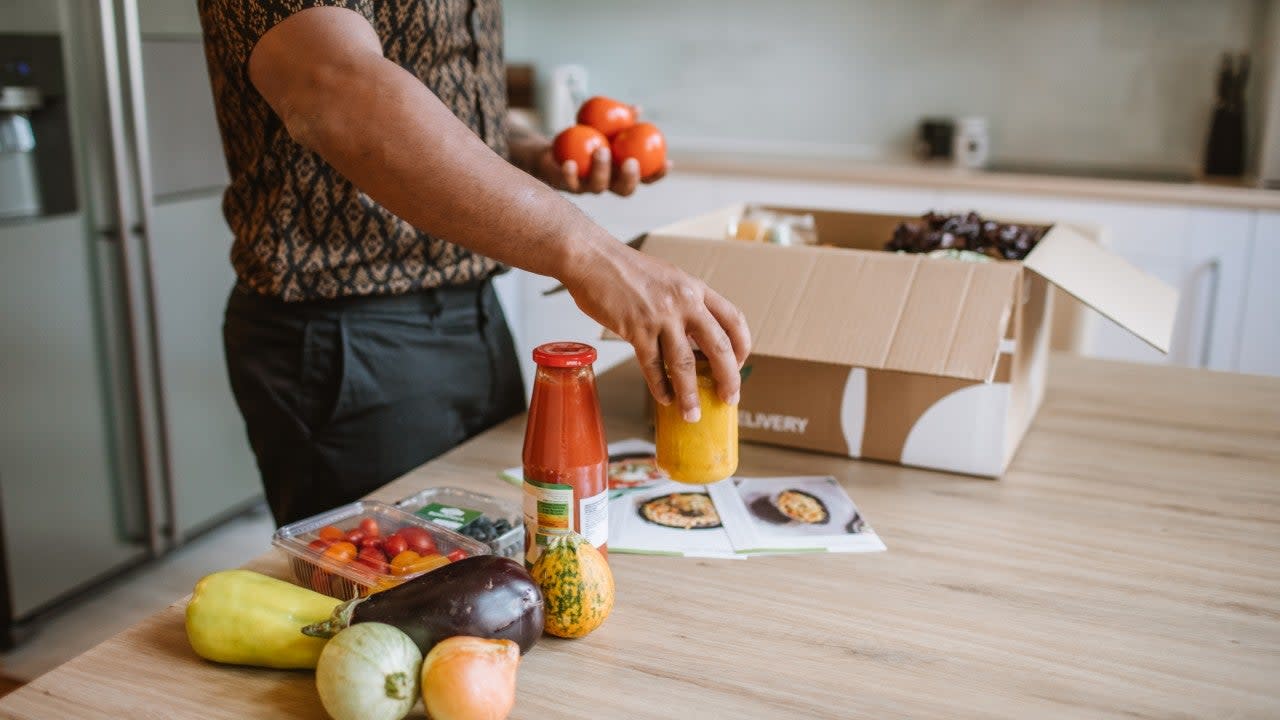